Paul Walker is a guy we have been hearing a lot about after his passing. But opposed to other famous people who unexpectedly passed away, Paul Walker has left a very powerful legacy behind him! He cared for others, always trying to help those people who were in need and really tried to make the world a better place to live in! That is why his work and legacy must be preserved. And we are always happy when we hear that some guy out there is making sure his legacy lives on! Such will be the case with the guy who will buy this Fast and Furious Eclipse, take care of it and preserve its soul!

If our memory still works, in the film, during Brian O`Connor`s first race, the intake manifold overheated because of too much NOS being used. Paul Walker`s character totally ignored the warnings and continued using the NOS. He managed to beat Edwin, but afterwards lost control and Dominic won the race!
It is only one scene, but for millions of Fast and Furious fans this is one of the best scenes in the franchise! And we hope that the guy who will buy this vehicle will take care of it and preserve this piece of Paul Walker`s legacy. 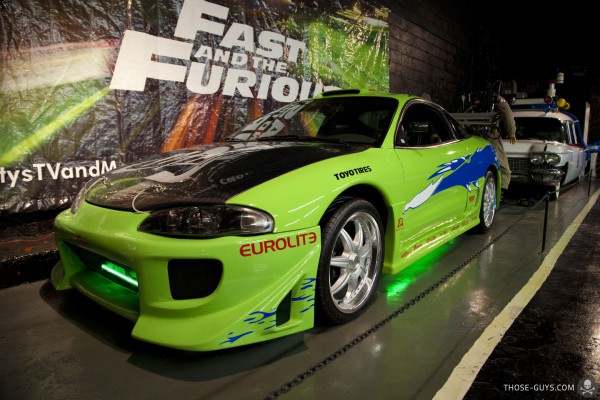 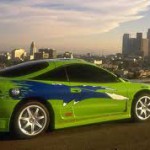 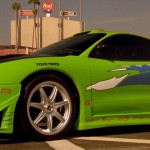 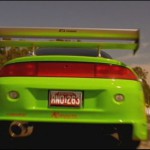 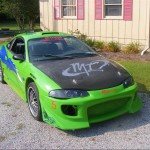 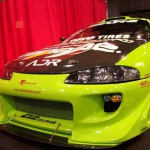 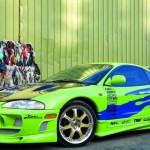 However, several cars were specially produced for the film and one of them was blown to small pieces in the scene with the explosion of the NOS bottles and this is what happened with most of the cars produced for the first movie. All the Eclipses were painted in different colors for the next film”2 Fast 2 Furious”. At the end most of them were again painted to green to promote the famous film series.