We all have at least one thing in our minds that we wish to possess, but unfortunately owning the thing we like seems impossible. At least for now. In this case, some people keep dreaming about it, do nothing to make the dream come true, hoping that things will just run towards them. Hope you know things don`t happen out of nowhere. On the other hand, there are folks who are giving their best or are at least trying to make progress towards getting what they want. This is one of the main distinctions that defines the mankind. Building a Lamborghini Reventon replica from scratch. 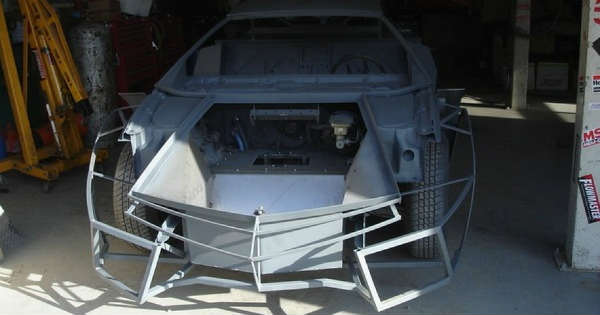 Today`s video is showing the determination of a guy in fulfilling his dream! He wanted a LAMBORGHINI REVENTON but there are only several made and each one costs around $1.3 million. Not everyone can afford such vehicle. So he decided to build one for himself! He took a 2003 MITSUBISHI ECLIPSE as a base for his new car!

Then he started welding and assembling the parts and the Eclipse was becoming more like a Reventon! Of course, it looks like a Lambo only from the outside, the interior as well as the underhood are no way near as the real one. At least it is good for attracting attention.