Among some very awesome shows we have seen on Discovery Channel, there were just a few that we enjoyed watching over and over again and we never got bored. One of those shows surely was Fast `N Loud. This legendary show made some awesome custom cars over the years but we were all devastated when we heard that one of our favorite guys is going to depart the show. His name was Aaron Kaufman. He made this difficult decision due to the fact that he wanted to start his own business and open up a garage. Even though we have not heard much about him, despite some interviews and announcements, he remained to be one of our favorite TV hosts. 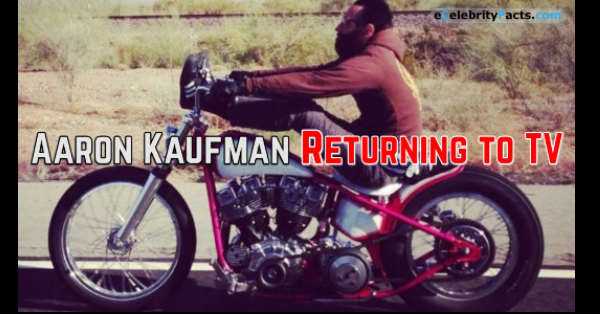 But guess what? Aaron Kaufman is making a surprising return to the TV once again. The brand new show on Discovery Channel is going to be called Shifting Gears and is expected to make a premiere sometime around early 2018. Archlight Fab`s works is going to the main topic that this show will revolve around. Most of us already know, but Aaron Kaufman`s shop manufactures parts for Ford F-100 trucks.

His goal was to fill the gap between the demand and the supply of parts used in these trucks. This new TV show is going to be also focused on having fun with cars while at the same time making the best out of them. His fellow Richard Rawlings announced that he is very excited to see Aaron back on TV!

Lastly, follow this link to check this classic FORD GT transformed by the Gas Monkey Garage!