We have previously encountered various videos in which famous people showed off with some of their amazing rides, and hereby in this video we take a look at yet another one i.e. Justin Bieber car collection. This amazing young star made its debut some years ago and ever since he has been somewhere at the top of the pop scene. First of all we take a look at his gorgeous white Bugatti Veyron Grand Sport 16.4, which is an extremely fast modern super car. Even though he loves speed, Justin Bieber also enjoys some luxurious cars, such as his Rolls Royce Phantom. There are several pictures from the car and indeed does look amazing. 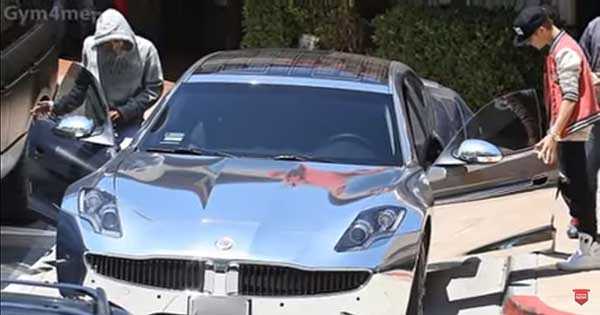 The list is then followed by the one and only Lamborghini Aventador, the white monster that he owns. Then we see the Audi R8, a camouflaged car and it looks absolutely stunning. No car collection would be complete without a Ferrari in it, and Justin Bieber owns one as well. We are talking about the Ferrari 458, the blue beauty. He also owns the same Ferrari, but the other one is white.

Justin Bieber car collection also features the Fisker Karma, a chrome coated monster. He also has couple of other Lamborghinis and Ferraris as well, but probably the best thing he owns is his personal jet, the Bombardier Global 600. It looks absolutely amazing and it is his most valuable item in his possession. What do you think, which car do you like the most?

At last, check out the car collection owned by Bill Gates!