John Sibal, who you might know from his blog, has an amazing 2009 Dodge Challenger Car R/T model which is actually a mixture of several styles. If you ask us, those mixed models are actually the most attractive ones and the most challenging to explore.

The story of this amazing auto begins in 2008 when the “Dream, Design, Drive” competition was announced. So, this competition gave the opportunity to everyone to think of a cool design for the new Dodge Challenger and if the design got chosen then the author of the design would win a fully customized brand new Dodge Challenger Car. And Jon decided to try his luck. Jon`s design was consisted of flames painted on the car which may sound cliché, but it still got chosen. Yeah, in a competition of 330,000 designers, it was Jon`s that got chosen! As promised, Jon got the “fire” Dodge Challenger that featured a 6- speed manual transmission, customized wheels and Track Pack equipment.

The Dodge Challenger really looks amazing. It took part in the 2010 SEMA Show. However, this was just the beginning. Jon had a whole bunch of ideas what to do with this Dodge. As for example, Jon was the first to put SSR Wheels on a Dodge which confused a lot of people. The wheels were painted and even though Jon`s initial idea was to paint the matte, he decided to paint them gold which was a really good choice since this color is a perfect match to the overall design of the car.

Jon wanted all components of the car to fit perfectly. So, he added an Air Runner kit in the trunk which may seem weird, but it is a fact that it was more than perfect match for the Dodge. In order to make his car as he truly wanted, Jon was inspired from several other vehicles. For example, you can see that the hood pins are clearly coming from the famous Challenger T/A racer of Sam Posey, while some other elements are coming from the 70s era. This car is undoubtedly a combination of modern and old-school styles. The aluminum gas gap is an example for the old-school influence present in this car.

All in all Jon has not exaggerated with combining different styles in one car. It is not kitsch at all. It is just a combination of a great choice of different parts of different styles. The huge efforts Jon has put in this Dodge Challenger Car were awarded with a Nakai-san having him given his personal seal. What else does Jon need?

You must see these amazing cars, one of the best on the market definitely! Check them out on this link! 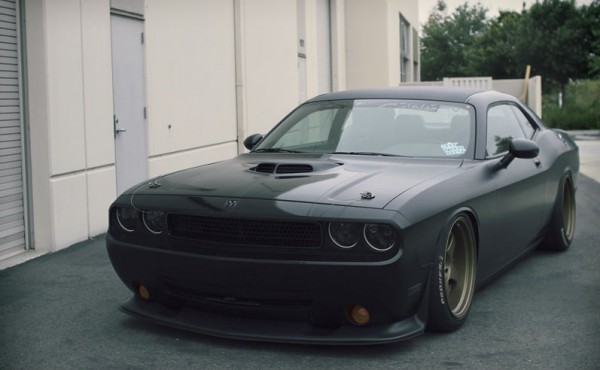 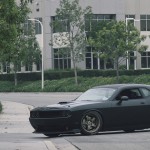 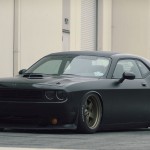 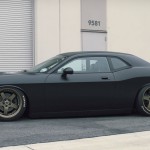 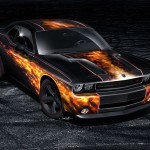