Jaguar Land Rover Automotive intends on trademarking the well-known shape of the Land Rover Defender. The reason for this might be the fact that Jim Ratcliffe who is the owner of Ineos is planning to release a lookalike vehicle with similar DNA. Billionaire Jim Ratcliffe who founded the chemicals giant vowed to build a spiritual successor following the Defender`s withdrawal from production back in January 2016. Mr. Ratcliff released a statement that he intends to invest approximately $800 million in order to deliver a brand-new vehicle that should be released in 2020. 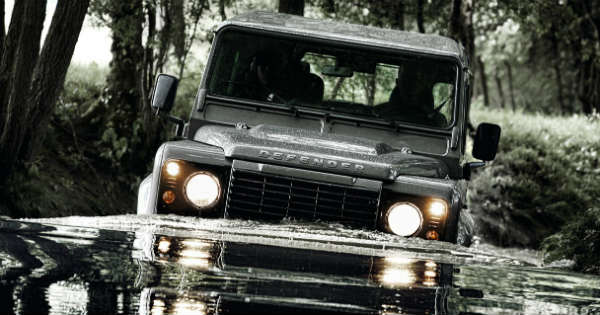 This is a year after Jaguar Land Rover`s own Defender replacement should be released on the market. However, JLR are not very fond of someone mimicking their iconic vehicle and decided to take steps in order to preserve its heritage.

Jaguar Land Rover Automotive filed up to five trademark applications last year in 2016. These trademark applications seek to protect the design of vehicles that come from the very first Land Rover that has been launched back in 1948 to the newest Defender model. However, Mr. Ratcliffe is determined to resurrect the Land Rover Defender and is keen on buying a part of JLR`s intellectual property if possible in order to help with this project.

The reason why JLR ceased producing the Defender last year in January 2016 is because the Defender failed environmental and safety standards. If JLR successfully manage to trademark the design, then most probably this could hinder Mr. Ratcliffe`s power to build a vehicle that echoes the Land Rover Defender`s rugged looks.

Finally, check out Jaguar`s innovation of the year!