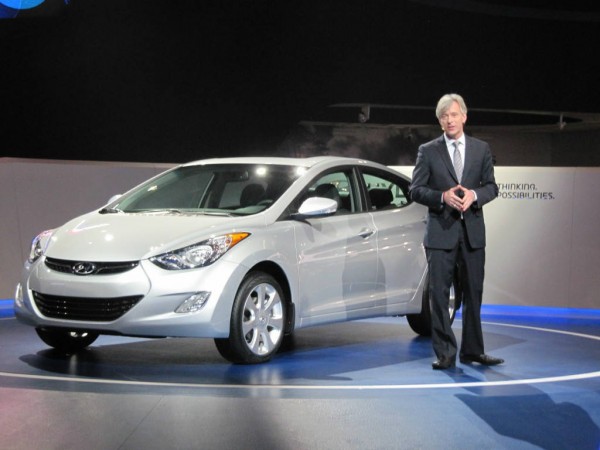 John Krafcik Hyundai CEO, together with his great team has reshaped the way Hyundai approaches the market in the last decade, with special focus on consumers, compelling design as well as enduring value, so it is no surprise that awards and accolades for Hyundai cars are just keep coming.

Several months ago there was the saga concerning the EPA fuel consumption claims of Hyundai`s for its vehicles that were exaggerated by an average 3%. The both brands Hyundai and Kia were in the controversy and the most severe case was the Kia Soul (Six mpg below its stated figure).

As a result there was a hurricane of bad press, so Hyundai has offered to affected owners, an extra annual fuel costs pre-loaded debit cards for free.

He said that he accepts the honor with the understanding that he is representing the dedication, hard work and achievements of all the employees at Hyundai in the world, together with the R&D centers in Michigan and California and U.S. manufacturing plants as well as their 823 dedicated Hyundai dealers across the U.S.

In the same time of bad press for the mpg badges, Hyundai`s annual sales in the U.S. grew more than 30 % and continued through the 1st quarter of 2013 despite the controversy.