Before leaving Australia we had one unfinished business we had to complete. It was the face to face encounter with the amazing Levin for which we extend our gratitude to Hugo and his team. Hugo bought this car when he was sixteen. At the time, the Corolla AE85 featured Honda F20C motor which Hugo upgraded and made it possible for the car to develop 550 hp.

As time passed, Hugo constantly upgraded this Corolla AE85. He started with changing the engine and afterwards he decided to pay more attention to the interior and exterior. Consequently, the internal surroundings have been changed and Hugo added BN Sports body kit, Mike Shaw Fiberglass hatch and a D-Max vented hood. However, some things remained the same such as the rear end and the GT-style wing. As for other units, the braking unit is equipped with 4-pot wheel Lockheed front calipers and Nissan S14 rear calipers, while the wheel unit is equipped with 16 and 8.5 inch Work Meister S1 tires. Considering the fact that this remake of the car was rather cheap, Hugo has made a really excellent drifting machine. Some time ago Hugo decided to change the Corolla AE85 13B engine and insert a three-rotor one. Therefore he turned to Pulse Performance Race Engineering, the masters of 3 rotor engines, to make Hugo an engine he would enjoy having in this vehicle. 55 mm throttles and filters have been included so that the engine remains clean without unnecessary dust in it. Furthermore, this vehicle features a Sinco exhaust manifold and an extremely unique fuel system. Unfortunately, pictures do not transmit sound, but you can always check the sound this car produces on YouTube.

When you enter the car you will notice that purple and metallic brown are the predominant colors of the interior. Everything else, including the control buttons, is perfectly settled. The MicroTech ECU is responsible for controlling the work of the 3-rotor engine and the EFI. The info this Micro Tech ECU provides can be clearly seen on a LCD monitor.

Driver`s gadgets include S14 calipers brakes, ATC steering wheel and hydraulic e-brake lever. Furthermore, in order for Hugo to have enough control and insight over what happens with the engine GReddy gauges were installed. Hugo and his car participated in several championships including the New Zealand`s D1NZ event during which the car proved to be better than the best Kiwi drifters. Even though Hugo has not still had the possibility to show the capabilities of the car here in Melbourne, we and the people who have seen this vehicle know what a real monster this car is! 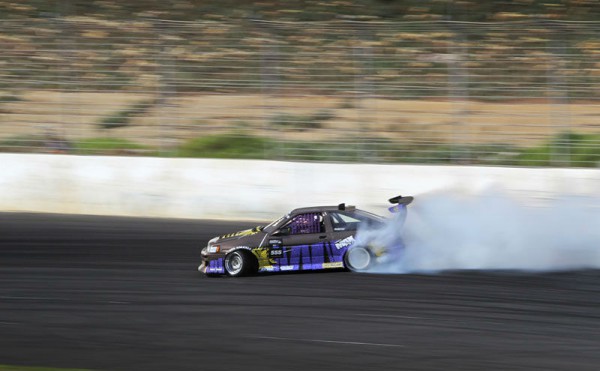 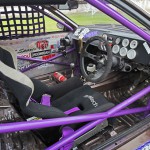 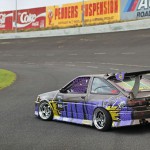 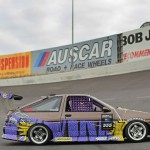 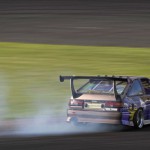