We pay our highest respects to the brave people serving our country. After all, they look after our security and safety as well. Getting into an argument with a police officer is not recommendable, especially if you are aware of your violation. This can cause more harm than good. What you should do is totally the opposite, to be polite and explain everything to the policeman. Behaving well can bring only positive effects. Today`s story is about a guy who got pulled over by a police officer due to the fact that his 2008 Subaru Impreza WRX is too close to the ground and the exhaust system is too loud! 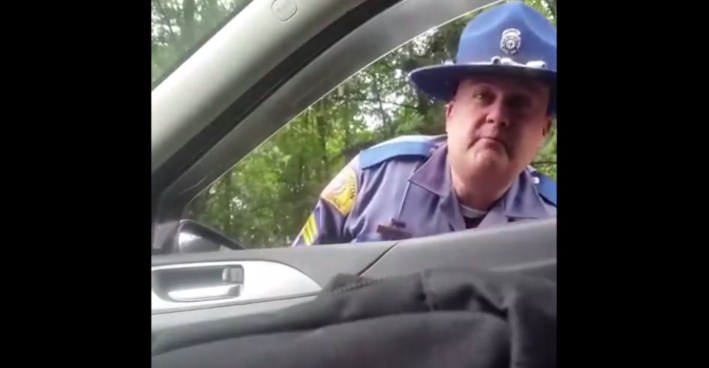 After the policeman`s explanation why he pulled him over, the 2008 Subaru Impreza driver asked the police officer to step away from the car in order to use his air ride suspension. Now the car isn`t that low anymore. The next point of their conversation is about the exhaust system in which the policeman calls the exhaust pipes FART PIPES! Clearly, this police officer has a good soul and a decent sense of humor. We cannot remark this law enforcement officer!

Finally, click here to read the funniest policeman jokes. Learn what you must not say to a policeman! Ever.

Airride Surprises Cop!The look on this Cop’s face is priceless! Our buddy Terrence Mulligan got pulled over, and had a nice surprise for the Officer! #FARTPIPE!