Vehicle modifications come literary just in any shape and size; but the most common one is doing an Engine Swap to your car. 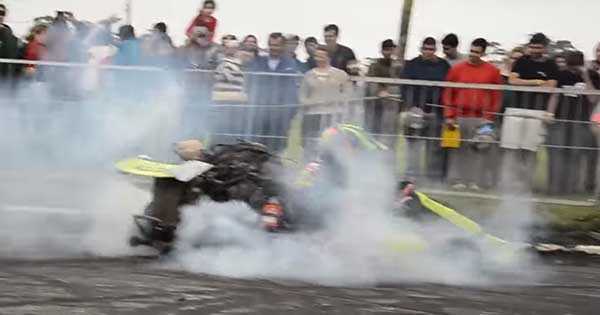 Usually you would do this to make your car faster and better looking to enter in a competition or an event. That is why we take a look at the following video, not because you would compete with them but because they simply look much cooler, which is a compilation of Go Karts which undergo an engine conversion.

People do this just to have fun, to learn something new about the engines as well as for their personal satisfaction. The first video takes us all the way to Brazil. It is called the Super Kart and it has staggering 500 HP. How about that for a Go Kart!

Doing burnouts is an easy task as we can see in most of the videos in the compilation. Further down in the video we even see some of the names of the bikes which these engines have been taken out. Such is the Suzuki GSXR 750 and it looks just amazing.

We can see the Go Kart showing off in the parking lot. Then just in matter of seconds it shoots itself over the street. Some of them even drag race, such as the R1 1000cc Go Kart. This is an awesome compilation to take a look at as it might give you an inspiration for your next project. What do you think, could they be legal to compete in a race?

Finally, we give you the best Go Karts in the world!