Whenever we are out there on the streets, a car manages to grab our attention. It does not matter if the car is old or new, it is a true piece of wonder to all of us. However, there are some cars which are worth more than others. This is certainly the fact with the legendary General Lee car, featured in Dukes Of Hazzard. The movie that we all enjoyed watching is unforgettable for its awesome racing scenes and cars. Even though it was very normal that during the shooting hundreds of such cars were destroyed, nowadays things have changed. This is exactly why we feel so sad as soon as we see this General Lee clone car in a horrible condition. Coming across this car is a rare occurrence on its own, but taking a look at a crashed one is an absolute horror. 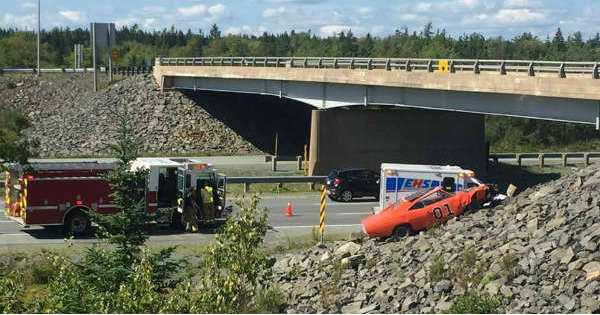 Yes, this is exactly what had happened on the Highway 102 in Nova Scotia. A 45 years old driver crashed his bright orange General Lee clone car in the embankment, as it was stated by the Royal Canadian Mounted Police. The driver suffered minor injuries and even though he will be just fine, the same cannot be said for his car. It is a true pity to see this awesome classic car in such a condition, absolutely battered. These awesome clone cars were produced from 1968 to 1969. Dodge painted them bright orange and painted numbers on the doors as well. It was the emergence of a wonderful clone car, a car that many adore to this day. Even though there were thousands off these cars back in the days, the situation is drastically changing. It becomes more and more difficult to see one, let alone purchase it. 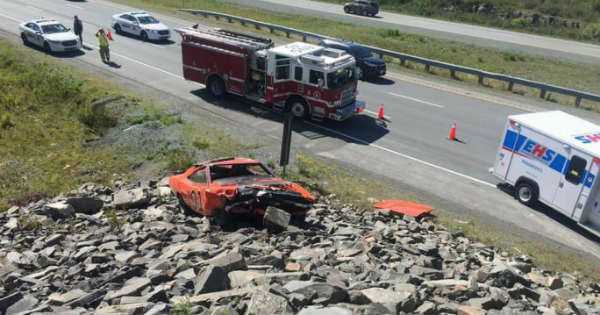 Make sure to check out every detail about the Dukes of Hazzard!