There have been some absolutely amazing TV reality shows over the years, and we are mostly interested in the ones in which the cars are the main stars like Overhaulin with the Legendary Chip Foose and Gas Monkey Garage back in the days when Aaron was part of it and formed an unforgettable duo with Richard. However, as you all know, things got a bit messy and Aaron departed the show over a year ago. Great things have happened to him ever since, but in this video we take a look at something from the good old days. 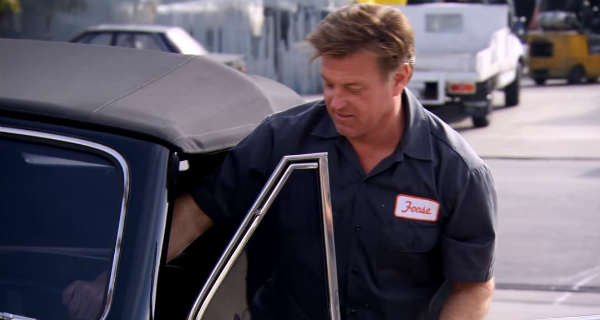 Namely, those of you watched the show regularly already know that Chip Foose appeared in one of the episodes in which the boys from Gas Monkey Garage and him made an amazing trade deal. In this video it is high time we take a look back at that moment and see how the whole situation looked like. Namely, the legendary Chip Foose had three different cars to offer to Richard for his gorgeous Pantera.

Those were a classic Buick, the magnificent Zephyr and the mighty Mustang. After moments of being in deep thought and dilemma, Richard went with the absolutely astonishing 1941 Zephyr and it was a decision that he will never forget. It is an amazing experience to simply take a look back at how the show looked like before Aaron departed, hence we all enjoyed each and every minute of it.

What do you think about their trade deal?