Being a Formula 1 Simulator driver for an F1 team takes way more than being very good at playing various racing games. Even though gaming has existed for decades, it wasn`t till only recently that eSports managed to come to the forefront of motorsports. The famous McLaren team from Woking, UK decided to embrace this revolutionary concept in order to find the fastest gamer in the world. However, what do you need to possess in order to become a simulator driver for an F1 team? 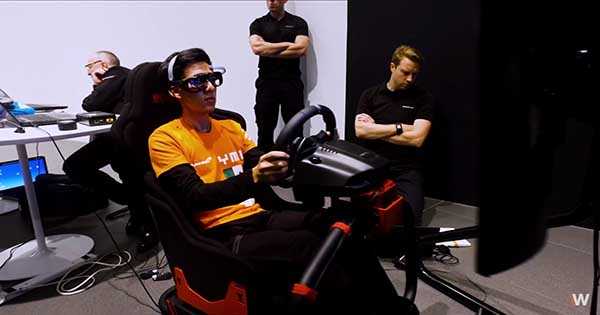 How much preparation and training does one need in order to be a useful tool to an F1 team? To make things straight, it takes way more than just being fast. In order to find out, WTF1 talks to McLaren CEO – Zak Brown, Mark Temple and Oliver Turvey. They all give their opinion and feedback on what it takes to be a successful Formula 1 simulator driver. Oliver Turvey is McLaren`s development and test driver. He says to be a simulator driver you need to adapt to ways of driving an F1 car.

There are tons of controls and the brake pedal is pretty complex as well. The force that a driver needs to apply on the brakes is pretty similar to an actual F1 car. Zak Brown says that despite being very fast, a simulator driver also needs to have great technical understanding of an F1 car and to be a great communicator as well. All three of these attributes are very important. Mark Temple is Fernando Alonso`s former engineer. He makes some pretty interesting points as well.

Finally, check out these F1 simulators!