When you think of ridiculously fast and reliable cars that are also expensive, the first thing that pops to your mind is probably Ferrari. There is something special and furious about that internationally recognizable red color. Everything began back in 1947 when Enzo Ferrari released their first car, the Ferrari 125S. Their very first car is considered as, by many, one of the most legendary cars ever made. The Ferrari Evolution took off and in 1948 they launched their second car to the production line, the Ferrari 166 Inter. 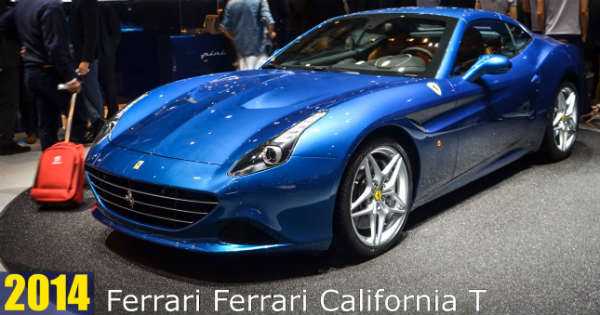 Surprisingly enough, it took three years until Ferrari released their next car, the 195 Inter followed by the 212 Inter. This model was a concept their customers very much enjoyed but it lasted until 1952 when they released the mighty Ferrari 342 America followed by the 1953 Ferrari 250 Europa. Many similar models were released in the next couple of years and each one was looking as good as it could get. But then, in 1956 they manufactured a true collector`s item, the extraordinary Ferrari 410 Superamerica.

Success after success followed and Ferrari gained massive number of customers all over the world, thus becoming one of the car manufacturing greats in the production of super fast and pristine cars. The one car that this company is really proud off must be none other than the 1962 Ferrari 250 GTO. It is a car everyone loves and a car that everyone would love to have in their collection. Check out the video and see the amazing Ferrari evolution from start to finish!

And last but not least, follow this link to see two LaFerraris doing what they do best!