When a ship is built, it has to be put into to the sea in order to start operating. Today, we are sharing a video compilation of a few failed ship launches, so you can see how bad it can get. While this is relatively easy with smaller ships such as sailing yachts, this cannot be said for bigger ships, such as tankers or cruise ships. The whole process has to be planned precisely or it will result in the ship turning over!  In this compilation, you will see some really bad ship launches, which probably resulted in the travel lift operator losing his or her job. 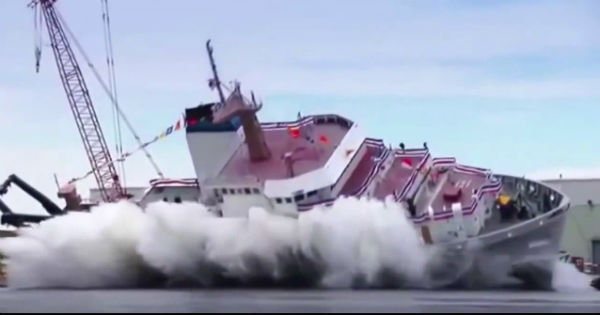 This video starts with a ship launch of ship that has people on it! We don`t know why they thought that boarding a ship that is about to be launched was a good idea. Nonetheless, after carelessly being put into water, the ship flips over and all people end up in the water!

In another instance, a person is filming a ship launch. After the ship is dropped into the water, a huge wave mixed with wood debris is seen flying towards the cameraman!

Take a look at this high level professionalism including a sunken ship and 1400 cars!