Having an accident while driving a car is always dangerous and sometimes fatal, that is why we take a look in the following video and see a compilation of some of the most expensive car crashes out there. 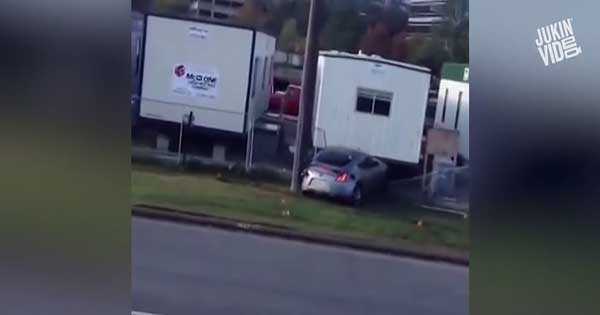 Taking care of yourself as well as the drivers around us should always be our number one priority. Have you ever find yourself in a situation where you witnessed a crash that was at the same time dangerous and very expensive? The guys who filmed this videos have captured some of the most expensive car crashes. First of all we take a look at how a Porsche ended up in the water while racing. Namely, he tried to make a turn while driving at a very high speed but ended up hitting the fence and throwing himself in the water.

Furthermore there is a short clip from an Audi crashing itself in the bus stop. This was due to the fact that it was a snowy day and he tried to drift which, as everyone expected, caused him to destroy his expensive car. Showing off on the streets with a brand new Corvette by an inexperienced driver is doomed to end up with a crash.

He tried to drag on the street but suddenly lost control and hit the wall besides the road. Check the video for more and see which the most expensive car crash according to you is. The next time you are out on the road drive safely and cautiously.

What`s the high cost of car accidents? Follow this link and find out!

Posted by JukinVideo on Tuesday, August 1, 2017