Chernobyl Graveyard ? Well, we all know what happened at Chernobyl in 1986 – a reactor went bad and the entire place has been shut down ever since. About 30 people died in the original accident, but the effects of it are still felt today. 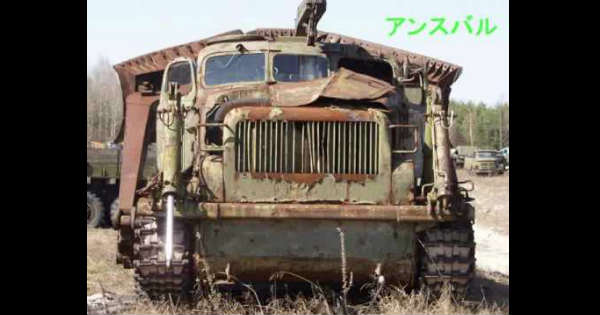 Back when the catastrophe happened, there was a city near the nuclear plant called Pripyat and today it`s completely abandoned. However, when people were leaving the now-off limits zone, they didn`t take their machinery, and the army left some stuff behind as well. That is exactly what this Chernobyl graveyard has – thousands upon thousands of abandoned vehicles from all types.

It`s one of the most radioactive places on earth today, and it has one of the biggest abandoned vehicle graveyards in the world as well. The Chernobyl graveyard has tons of trucks, cars, motorbikes, even some Mi-24 helicopters left behind by the Soviet army at that point for being too radioactive! However, that`s not all – this place has tanks, armored personnel carriers and literally everything else you could possibly think about. Think about it – if they weren`t radioactive you could go in there and salvage stuff, that is if the modern authorities of this Chernobyl graveyard and the country it belongs to didn`t beat you to the punch!

Finally, look at this graveyard of cars where over 500 were destroyed in less than 60 minutes!