Famous people who are much into any vehicles, especially cars, have a tendency to create their own classic car collection of some of the most expensive and rare cars in the world. Some enjoy collection some classic cars and oldtimers whereas some simply like to own the latest piece of technology and ingenuity and go for the modern and extremely powerful super cars. As you all know, we have previously taken a look at some absolutely stunning car collections, and in this video is time to take a look at yet another one. 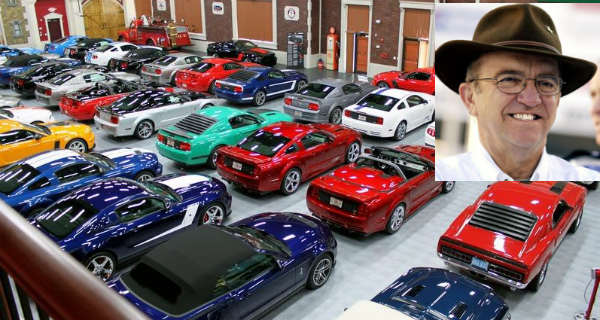 Namely, one of our favorite and very well-known guy features in it, the one and only Jack Roush. For those of you who do not know, he is the co-owner of Roush Fenway Racing, a NASCAR team. It was finally time to pay a visit into his garage and take a look at some of the best cars he has there. His glorious classic car collection features somewhere at around 200 vehicles, and you are going to be simply amazed by some of the models he has.

Jack takes us on a short tour of it, thus telling us the story behind when he began collecting them, as well as which was the first car that he ever got and restored for the collection. It is an absolute pleasure and wonder to take a look at the rare racing cars he has, cars that once ruled the NASCAR track and have remained a piece of history no one should forget.

What do you think about it?