It is a no strange sight to see an awesomely modified car on the streets. In fact, people do it all the time. They compete against each other to find out which car is better. Well, an absolute beast might shatter everyone`s dreams. We are taking a look at the one and only, awesome Boosted GT, the car that might be the next big thing in the racing world. Making a car to look cool is one thing, but making it powerful is totally different. This is why the owner of the Boosted GT took his time and planned everything slowly. Obviously this Mustang GT had some makeover. At first, there was plenty of body work to make the car look like this. The guys building it were very precise and they paid attention to each detail. But they did not stop here. 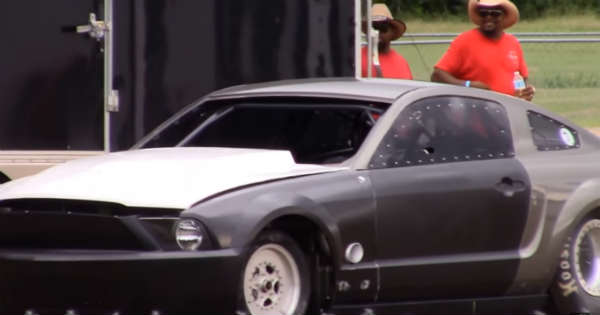 Mod after mod, the car began to take its shape. Soon after it was time for the power train to take its final shape. All of the peculiar details look extremely nice under the hood. However, there is one last thing that will make this car exceptional. Of course we are talking about a nice set of wheels. The awesome Boosted GT got itself a new pair of tires that could prove to be crucial. The owner is willing to take part in any race against any driver. He is certain that his new beast could be the car that everyone would fear. One thing is for sure. Based on the look of it, the GT will almost immediately set some high standards in the racing world. Many would try to beat it, but only few, if any, would achieve it. Keep an eye on this beast any time soon!

Make sure to check out the stock Mustang GT before you leave!