There are some awesome modifications you can do your car. They might vary from simple tasks such a paint job to a complete overhaul of the car and swapping its engine and transmission. Even though some prefer having their car in the original condition they bought it, there are some who simply enjoy making the best out of their rides. Hereby we check out at this car that has been modified two times. But how is this possible. Well, this Hurst Olds Cutlass was at first built and modified in a pro mod asphalt drag car and was perfect at doing its job. 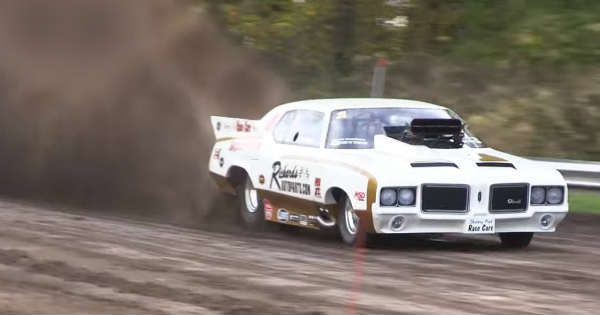 It won many races and other contestants feared as they faced the car on the drag track. But it was a time for a change and so the car became a sand dragger. Namely, this Hurst Olds Cutlass had its days in the asphalt races and decided that it was time for a new horizon, a new challenge that they should overcome.

These guys spent over ten years in designing this extremely powerful and awesome looking sand dragger so we take a look at what they did. The engine that is sitting at the front of the car is massive and there are no body parts around it that would cover it. Hereby we get the chance to take a look at this awesome machine and its massive engine at the perfect moment.

What do you think, will this car prove to be as good as it was on the asphalt?