Various types of parades are held each year on various occasions. People seem to enjoy each and every one of them hence it is a gathering with lots of people sharing similar interests. In the following video we see exactly that, a Harley Davidson parade and it is massive. 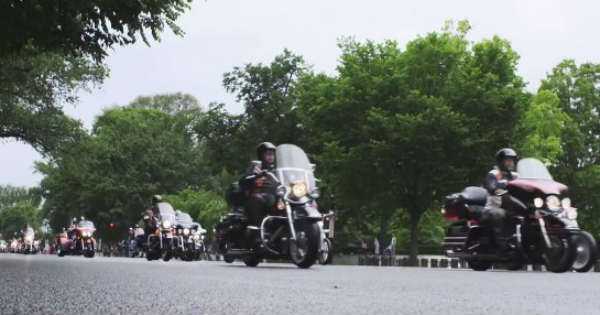 It is organized by the group called Rolling Thunder for 30 years straight. This is sort of a jubilee and over 500,000 riders will take part in it. The route on which they are going to ride is simple. They are going to gather in the Pentagon parking lot and then ride through the District of Columbia.

The streets in the Washington D.C. are jammed with people. Artie Muller is the founder of the Rolling Thunder which was established to commemorate the soldiers in the Vietnam War.

Imagine the sound, the thump and the roar these bikes are going to make. Many of the organizers and founders of the Motor Company used to be military veterans.

The Harley Davidson parade means everything to them hence they feel proud while riding their bikes and looking at the faces of the people there. This event will become larger and larger as years pass by and it is, and will be, something everyone would like to be part of.

At last, check out the new 2017 Harley Davidson motorcycles!