The Ford Motor Company`s engineering and design teams have unveiled an unique “Blue Angels” edition of the 2012 Ford Mustang Car!

Special edition Mustang with special look. Created to pay tribute of the naval aviation for its 100 anniversary. This vehicle was part of the Miramar Air show, taking place in San Diego, California. That’s why you are hearing the sound of flying aircrafts. This car is made to attract everyone`s attention. And it will, for sure, especially with that paintjob which we have got to say looks amazing! It is so shiny you can even see the face of the guy filming video. Furthermore, this car shows respect by placing the Blue Angels logo on the back of the car.

This one-of-a-kind Mustang was sold on at the “Gathering of Eagles” charity auction last year during the EAA (Experimental Aircraft Association) AirVenture Oshkosh. This is the greatest aviation celebration in the world.

Check out these amazing reviews, speed records and more on this link! 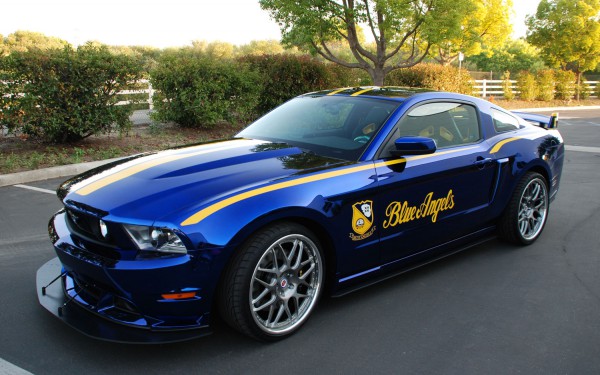