Each and every one of us, car lovers, would like to own and have a model of an extremely expensive super or classic car parked inside his garage. But sometimes reality is different and affording one such car can be a problem. Luckily, the people from China developed and built copycat cars based on some really famous and expensive cars, which you can get for just fraction of the price. This amazing compilation features 20 such copycat cars, thus you should pick your favorite one. 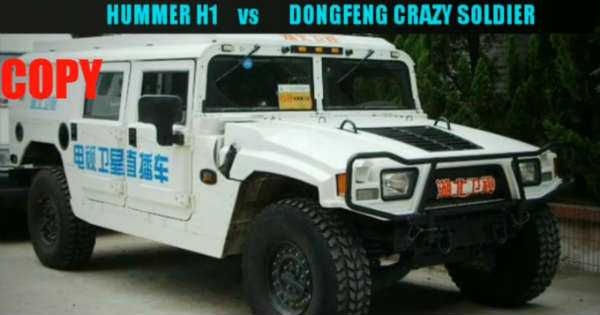 First of all we take a look at the one and only Lamborghini Diablo that can be recognized by anyone, but once you take a look at the Chinese version of it, which is named the Diablo VT, you are going to find them extremely similar. The list then continues with the mighty Lotus Elise. This absolutely furious car got its copycat version in China and it is called the Detroit Electric SP 01. To be honest, appearance-wise, the Chinese Lotus does not even look that bad. Next we take a look at the extremely fast and powerful Audi R8 and to its Chinese version that is called the CH Auto Lithia.

The resemblance is inevitable. Then we see the all-terrain monster, the Toyota Innova Crysta that got its sibling in China by the name of Changan Lingxvan. Every line you see on the car looks exactly the same just like in the original version. Check out the whole video and decide which copycat car looks the best!

At last, follow this link to see which cars are often mistaken for others! This has happened to every one of us, no shame in that!