Doug DeMuro always gives us great insight into many amazing cars of any kind. In this one, gives us a tour of a USA-legal 1999 Nissan Skyline GTR. This car is better known to gearheads as the R34. Despite the enormous demand, this beast was never sold in the U.S. However, there were a handful of these monsters that were somehow imported here legally. However, there`s absolutely no way for you to import this car here anymore. At the rear, you can see the car`s taillights which are definitely some of the most famous in the entire performance car world. 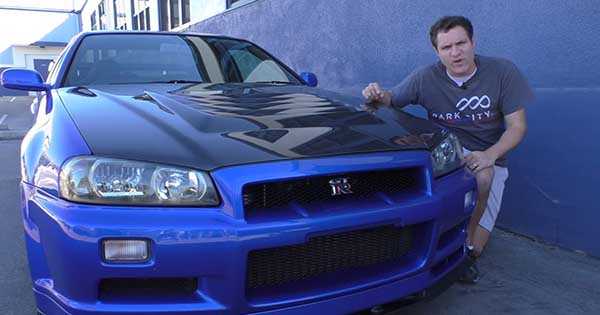 The car also has adjustable rear wing. That said, the rear aerodynamics can be adjusted for your optimal track setup. This is a pretty advanced car for its time so you can even check the G-forces when driving flat out on the track. The center screen in the 1999 Nissan Skyline GTR also shows different type of measurements in real time! This is pretty extraordinary for a car that was released almost 20 years ago. However, this is far from the only strange thing in this car.

Just see the gauge cluster and its tachometer making 11,000 rpms! Another very interesting thing about this car is the power folding mirrors. This is also pretty unusual for a car released 20 years ago. These kinds of features are usually associated with modern luxury. However, Nissan successfully incorporated this feature so you can perfectly drive on Japan`s narrow streets. We are so happy Doug reviewed this car because what we have here is many people`s dream car.