The example of Trevor Jackson and his 35th Anniversary 1999 Ford Mustang is a typical car, built with one simple goal – to stand out from the crowd and be the shiniest star in the muscle cars heaven!

If someone had ever thought about raising a real stampede of interest about a pony car, than this guy is definitely the portrait of that!

Trevor Jackson is one of those guys with an extreme passion and enthusiasm for the legendary American pony car, the one and only Ford Mustang. This one is his 9th pony and being an owner of eight other has boosted him to shake things up and create something really different.

Trevor picked up this `Stang four years ago with a clear intention of creating an original and unique car. In the beginning of this process he was debating whether to wrap it or to use paint. After spending some time thinking about this, he eventually came up with a third option – a new and upcoming form of automobile art, Sharpie Art drawings of Chris Dunlop. This means that the clothing is your ride and the marker would be a paint brush. And as you can se from the photos, the most unique feature of the car`s look is the sharpie marker drawings by the skilled artistic hand.

Check the photos of this beauty! 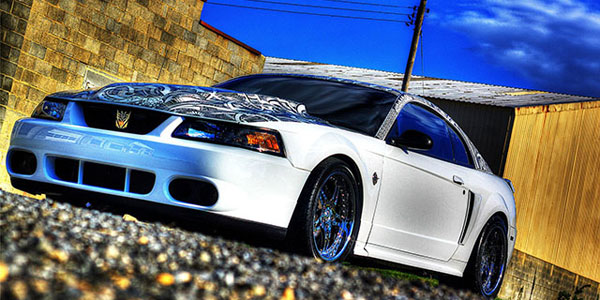 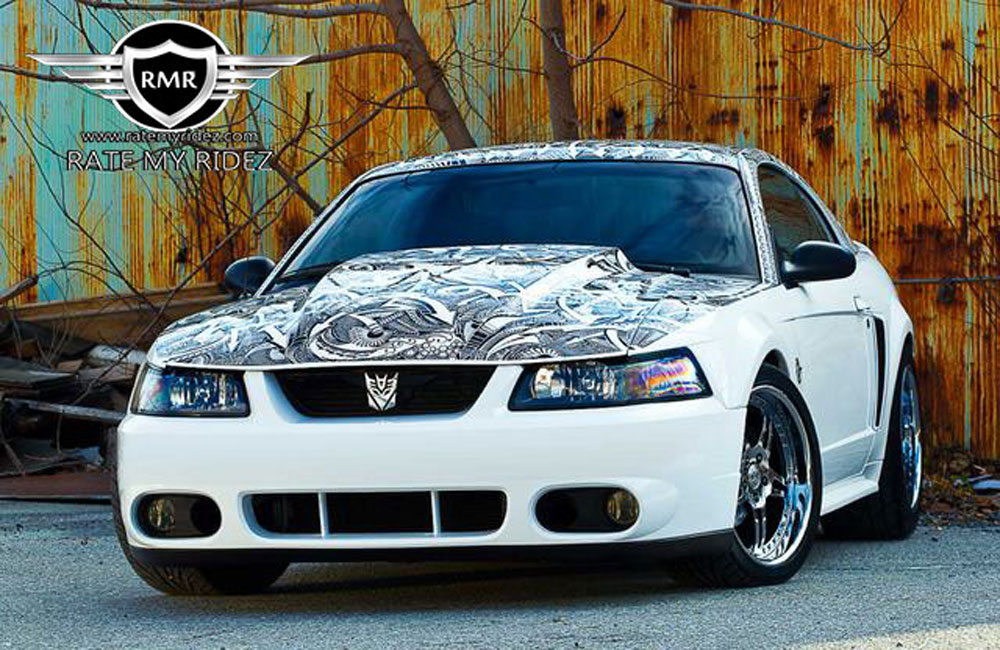 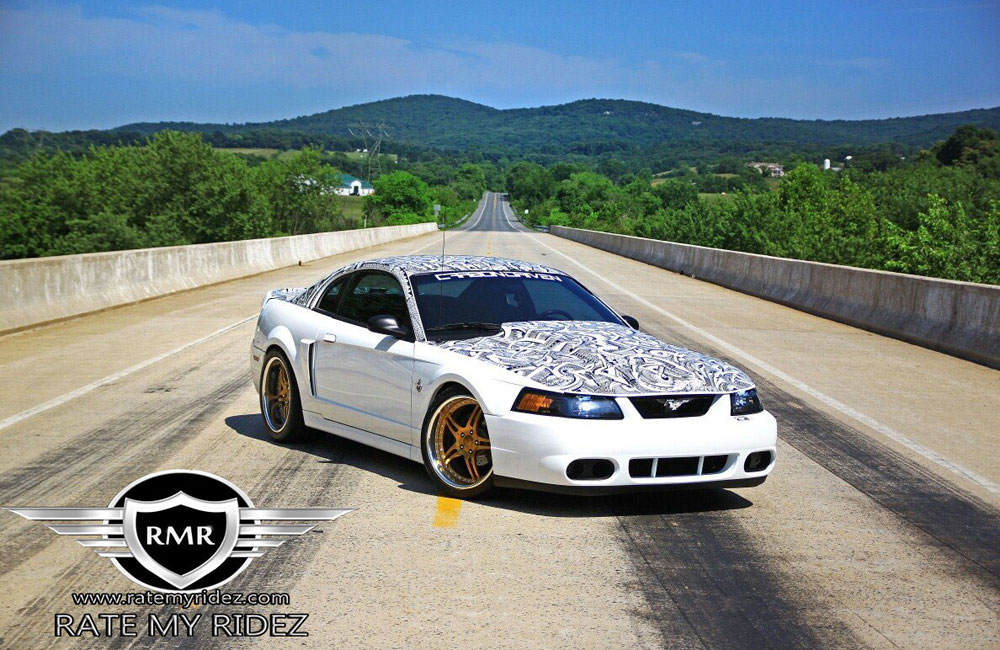 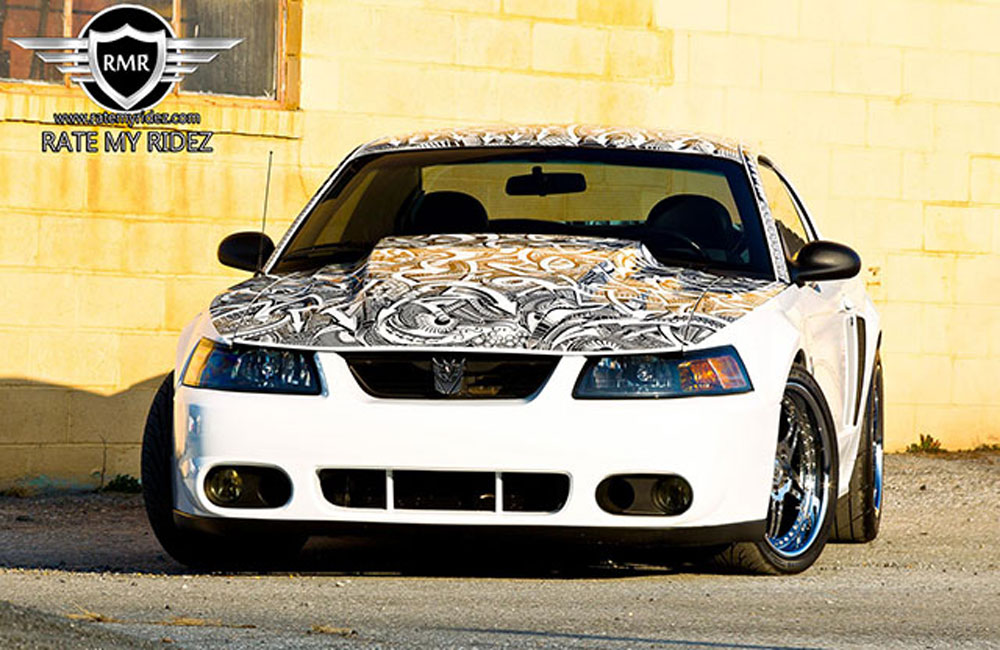 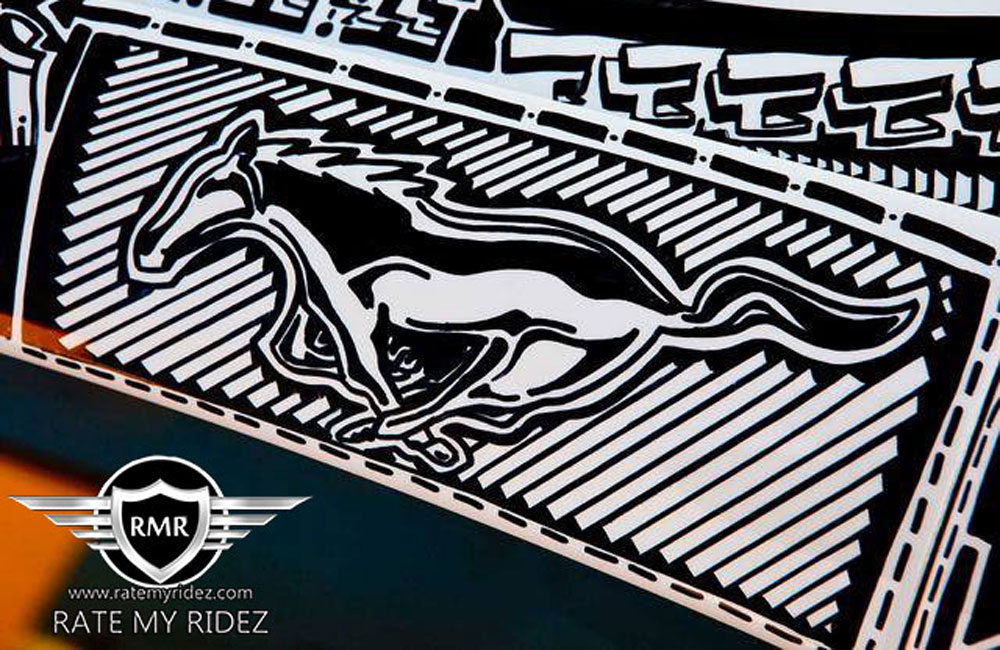 And step by step, this one of a kind `Stang began taking its basic shapes. The hand drawn artwork had taken Chris Dunlop more than seventy plus hours doing his thing with the paint brush. Thanks to the magical Sharpie market, this unique vision started to gain its first shape. Dunlop`s Sharpie treatment meant that the roof, pillars, decklid and the Kaenen 2000 Cobra R style hood are receiving a two -- tone look. The final result is really fascinating -- visually attractive art with an impeccable design.

In order to enhance the outer appearance of the 1999 Ford Mustang, Trevor Jackson decided to use front and rear bumper from 2003 Cobra, along with the same side skirt and one piece of wing was taken from the Saleen model.

When it comes to the power under the hood, Trevor decided to go for a Kenne Bell 2.1 intercooled supercharger and a JLT cold air kit, a good conjunction with the design solutions in order to complete his final goal – a unique looking car that will have an utter street performance abilities. With a 424 horsepower and 487 pounds feet of torque to the rear wheel, complete upgrade of the transmission, brakes, wheels, tires and suspension Trevor Jackson`s vision took its final shapes.

Only from looking at the photos, anyone can tell that Jackson had successfully made his vision come true and alive, creating a wild beast that can deliver both on and off track. This 1999 Ford Mustang is a typical example of what wonderful thing can come out when you have a brave vision and skilled hand of the mechanical craftsmen.

You want to see one of the most fastest and meanest supercars in the world? Click on this link!