Getting a 1996 VW Bus in the Shorty variant is difficult enough but parting with it after you`ve made it better than it was when it left the production line is even more painful. It was sold at auction though, so it had to go. 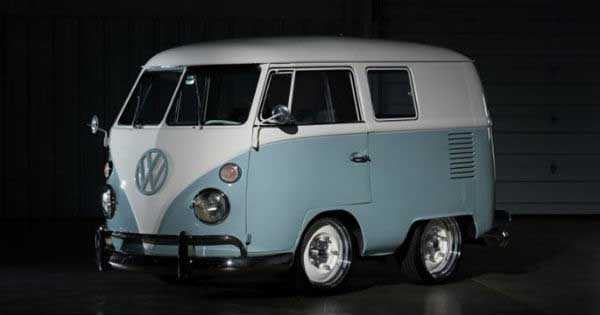 However, this little Bus was pretty reluctant to do so, since it kept going back down the ramp to stay in the Gas Monkey Garage. Of course, this is by no fault of the Bus, but the driver, and as far as I can see he`s not putting much effort into getting the prized vehicle up the ramp in one piece. I`d be really careful with that cute little Volkswagen just because of its awesome rims, let alone anything else on it.

Anyway, this 1996 VW Bus spent quite a lot of time in the Gas Monkey Garage before being bought back by its original owner in Colorado. I`m guessing the owner will try to re-sell it again to make an even better profit, but even if he doesn`t, just knowing that this awesome little Shorty exists somewhere is good enough for me. Even if the thing almost stalls out when the guy tries to get it up the ramp, I still love the way it looks and especially the way it sounds. Besides, it has so much space that anyone would be lucky to have one of them! The 1996 VW Bus is truly something I`d want in my garage and I don`t think there are a lot of people who wouldn`t!

At last, let`s remind ourselves of the 4-minute tire change by Gas Monkey!