Keith was raised in Southern California at the peak of the American muscle car age and so his faith of being a hot rodder his entire life was chosen at birth. Very fine rides were cruising his neighborhood, so he affectionately remembers getting the bug in his friends` Pontiac Catalina from 1965. With a four gear transmission and a 421 Tri-Power he can still remember how the car sounded. It was the very first awesome car he had. As soon as he was old enough to drive a 1964 Chevelle Malibu SS, it was given to him from his parents. The car was considered to be one of the best cars, equipped with a Muncie four-gear and 327 small block.

Even though his inheritance of a beastly car may looks like a fast ride ticket in the hot rodding world, a series of unfortunate events made certain Keith had earned his admittance. His Malibu got wrecked after he totaled it at some intersection. He then purchased his current 1964 Chevelle Malibu SS for 500 dollars in 1974 while being a high school junior. At the beginning it had 283 HP engine with a Palomar body painted in red, top painted in white and a three speed manual transmission.

As any other hot rodder he salvaged all that he could from his totaled Chevelle. The engine got through the accident with no scratch, so he placed it into the new Chevelle. He then added a rearend 12 bolt with the largest sway bars possible. With the engine taken care of, he started working on the vehicles looks. After taking the old paint down he put on a new layer of paint with also adding a Rally rims 15×7. The interior made out of vinyl bucket black was in great shape so he only had to install four gear console and the car was done. He used it as everyday`s car while he was still in high school, but the tragedy is that the car was stolen from the school`s parking lot right at the end of his senior year. As he remembers it, she was roaring with rage at those times. 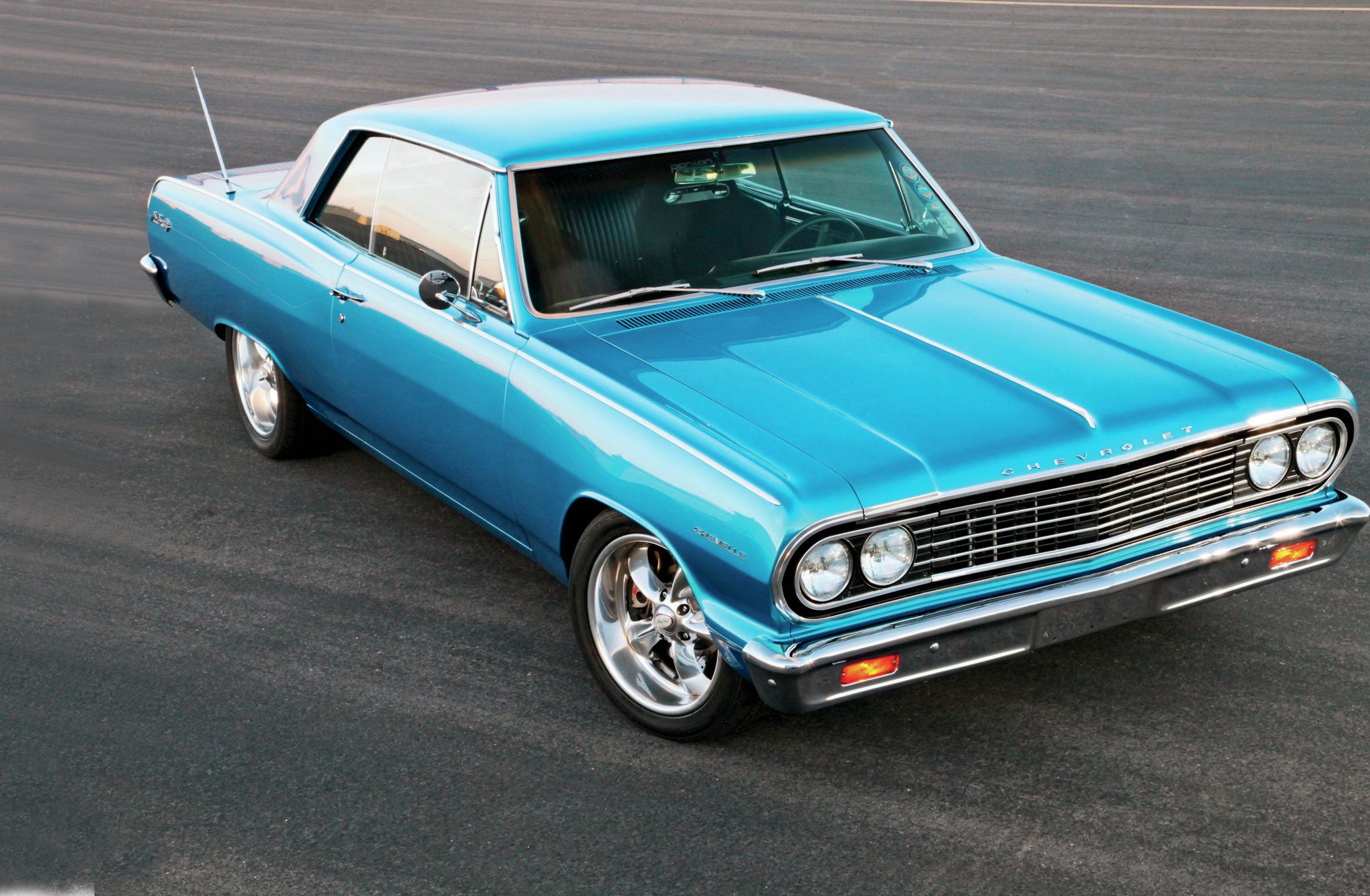 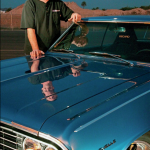 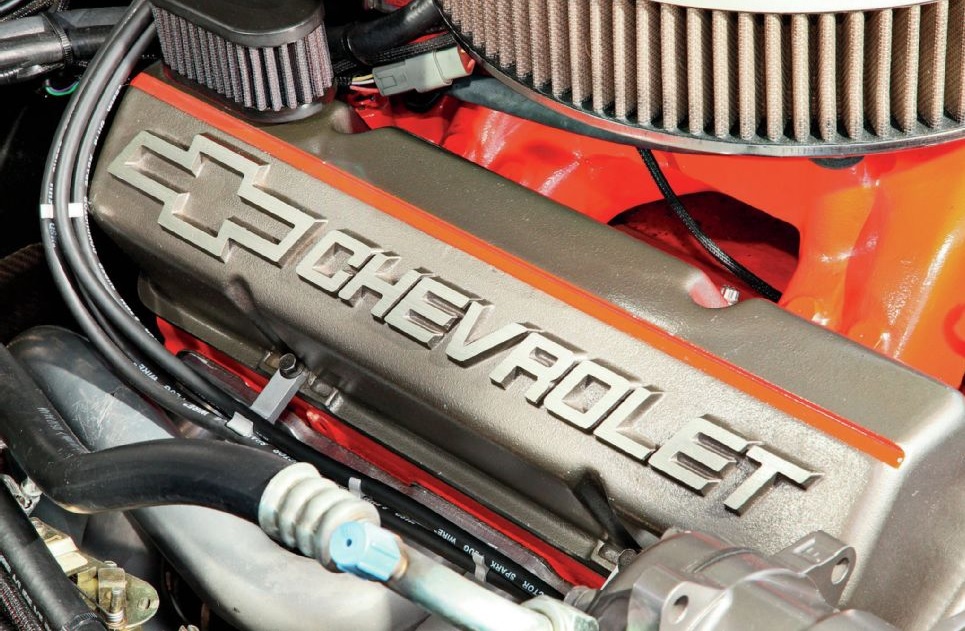 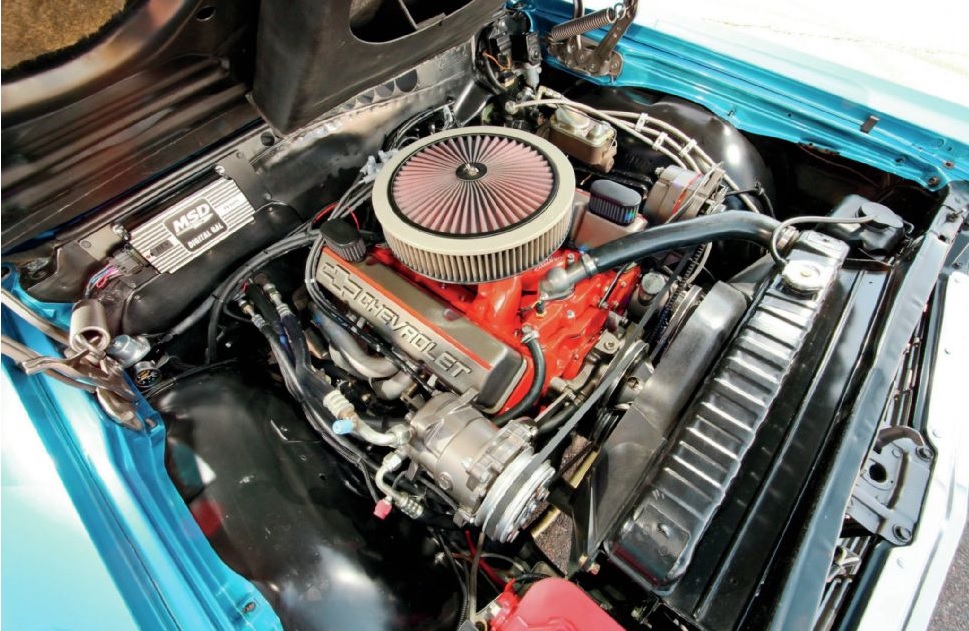 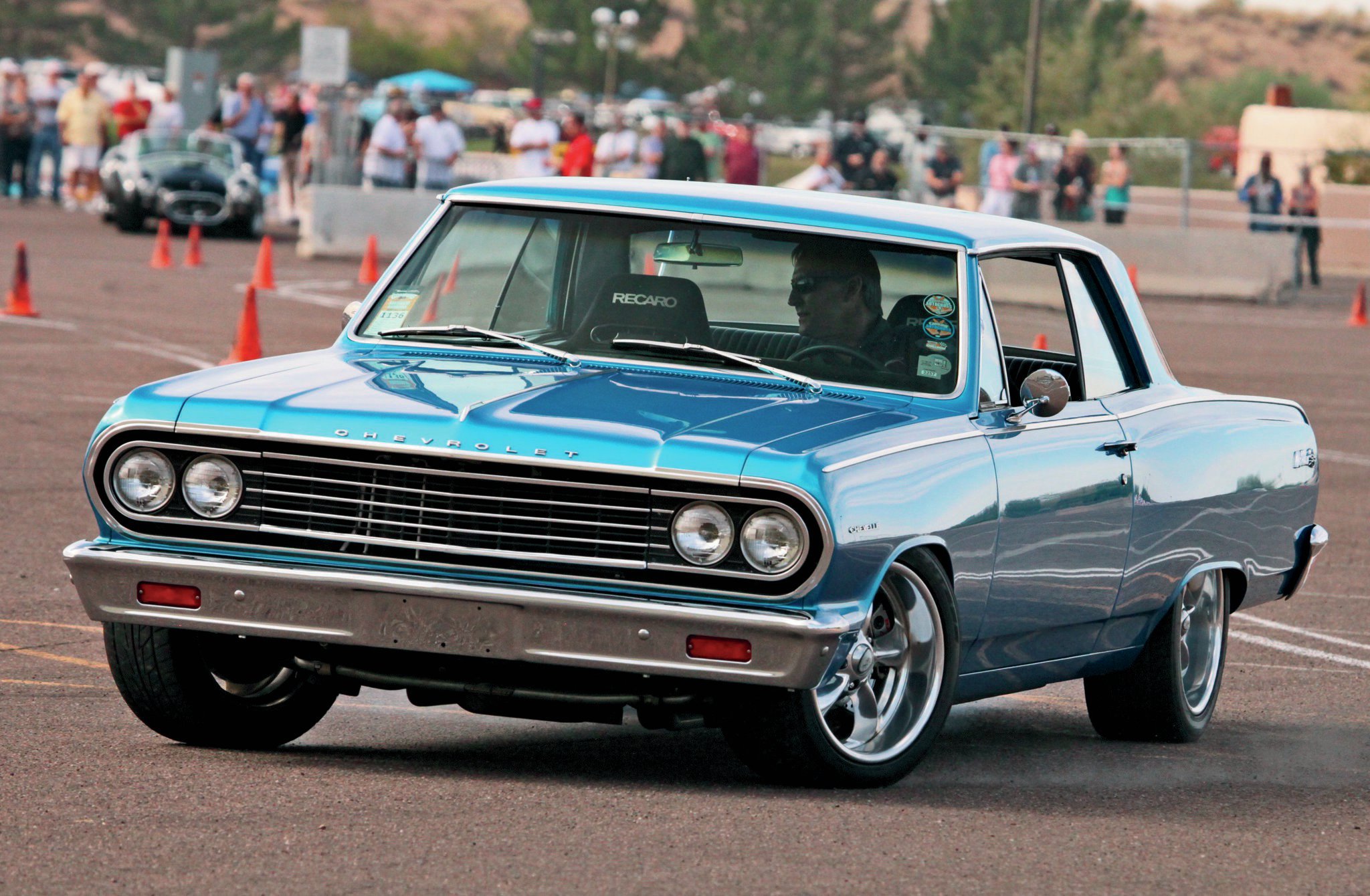 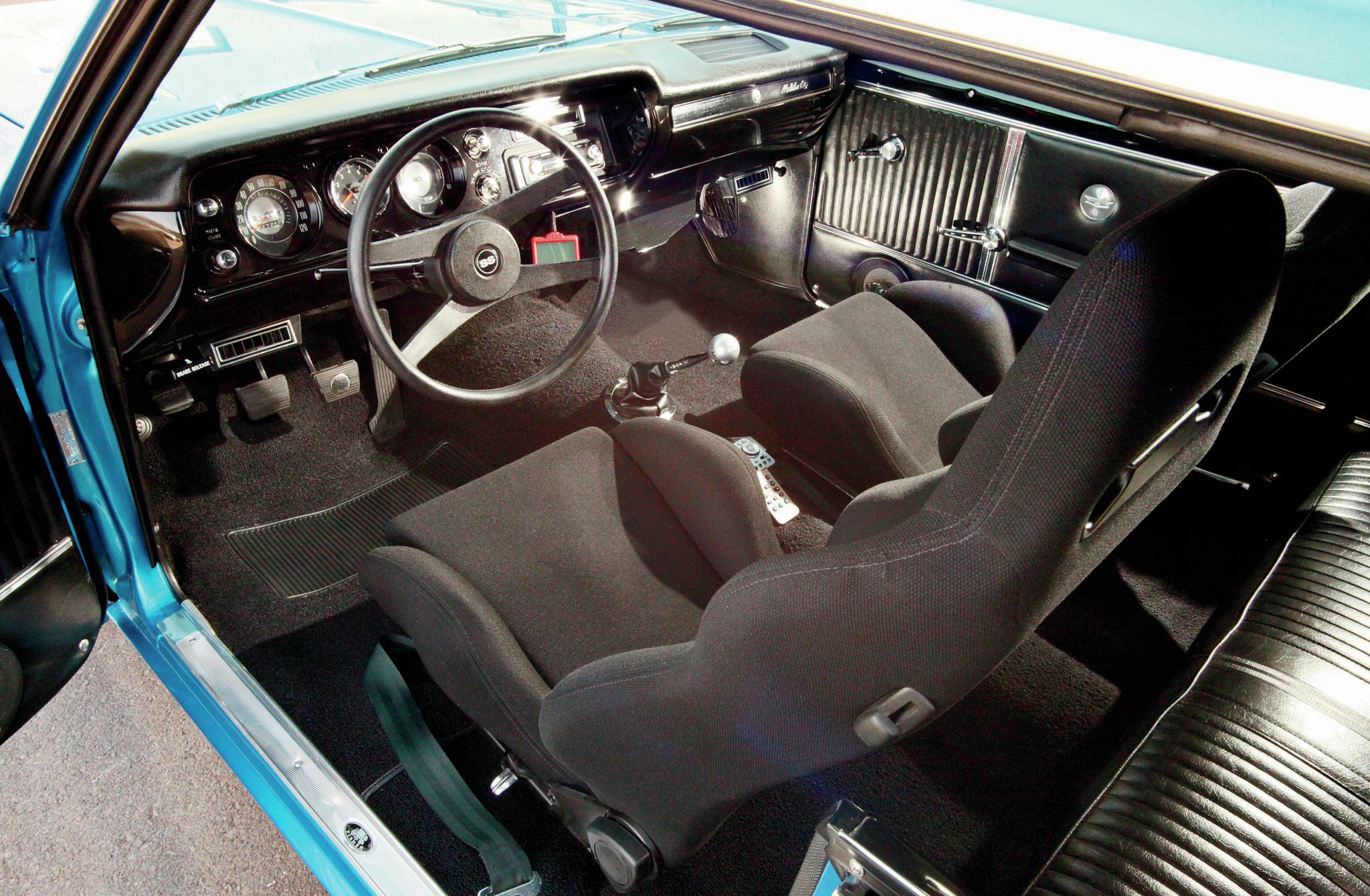 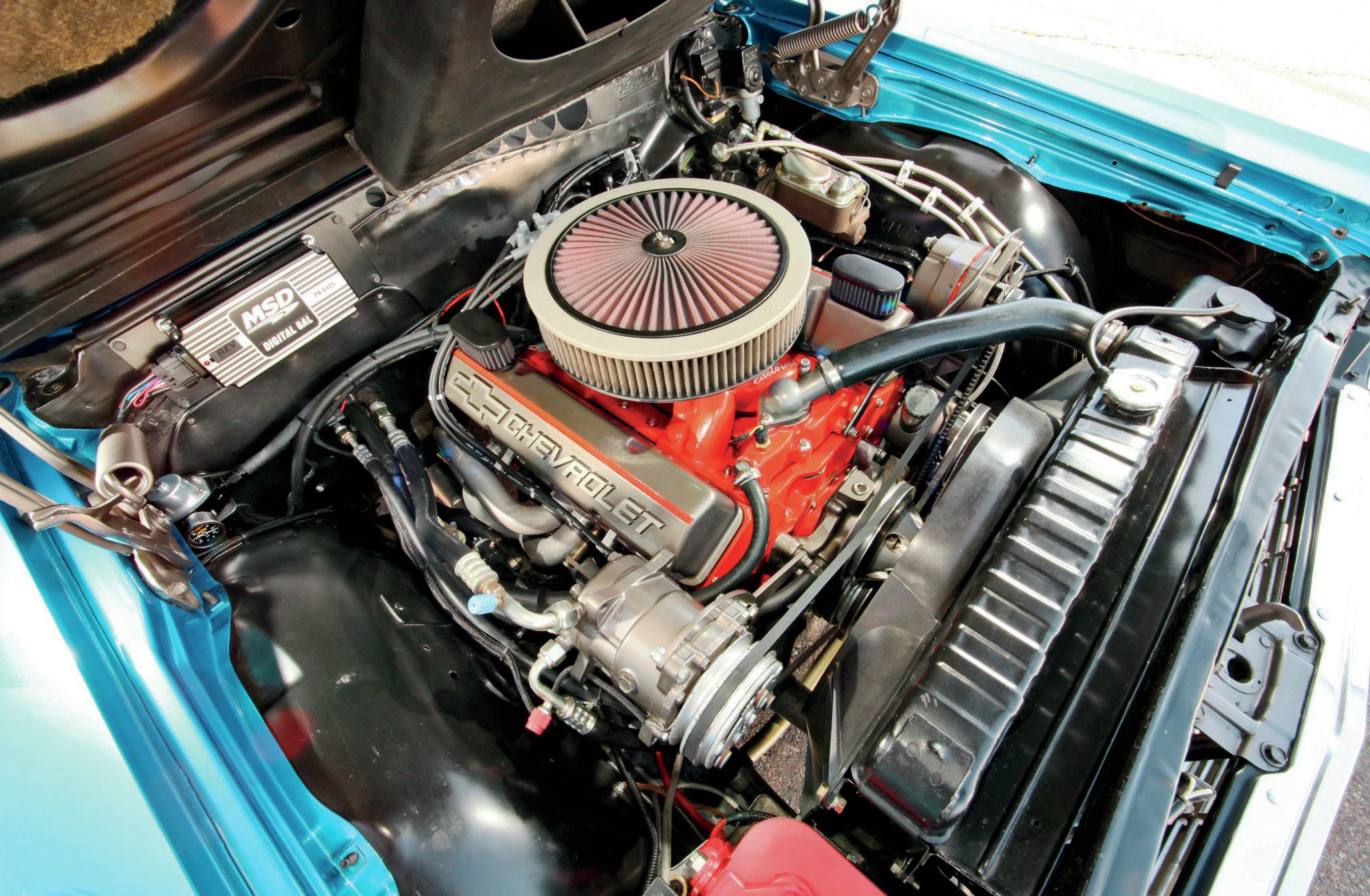 He then restored his Chevelle again, he started racing and he won some accolades on a couple occasions. Being considered a performance addict, he never lost the need for speed. Afterwards he bought a small block 383 stroker in 2001 which was tuned up to 410 HP. The car needed a lot of work and after consulting with Braer Brakes`s Rick Elam he opted to use their front kit, packed with rotors 13 inch size and two pistons. The braking system led to to a new 17 inch rims being installed which then were equipped with NT555 Nitto tires. After having such breaking power he soon took place in a couple of Solo 2 automobile events organized by the SCCA. After those races he noticed that the car needs to handle way better in order to get more competitive. As soon as he did his research he upgraded the car with suspension pack consisted of  control arms by Global Vest, springs by Hotchkis and shocks by Edelbrock. Yes, that made his Chevelle easier to handle, but as he claims racing with an automatic transmission is no fun so he installed a manual five speed transmission by Tremec TKO. The car really got a totally different personality.

With 2007 coming along, the 383 engine began wearing off. It was refreshed by Beck Racing with Dart heads being installed and a bigger hydraulic cam roller 232/240 at .050 was equipped too. That increased the car`s power to awesome 490 HP. In the past few years Keith has constabtly been all over the tracks with his Chevelle, having installed a couple of imprevents among which are the EFI Atomic MSD system courtesy of Cartech Books. Celebrating in 2014 the 40 years long ownership of the Chevelle, he is proud that he built his dream car completely by himself with constant upgrading to newer tech. His wish always was having a such a 1964 Chevelle Malibu SS that will be able to brake well, cut through corners and shred tires when he wishes, being absolutely reliable, handle well on the road and all that with 18 mpg. He had given it the nickname ” Evo SS ” for it really represents how his 1964 Chevelle Malibu SS been like through the years.

Ken has always been a Pro Touring guy even though it was not called like that back in the days. He never liked Drag Racing and he had more fun driving up mountain road fast as lightning. His wish to build a muscle car like he did originated from watching Trans- Am races at Riverside Raceway when he was a kid.

Finally, check out this sweetheart on the market!

Enjoy the autocross video below!