Today we are going to talk about 1949 Mercury, or widely known as Merc 9, a car that is well noticed by a lot of passersby who often ask themselves what kind of car they are staring at. This car is fully customized and made by Mr. Isamu Kondo. When we first saw the Merc 9 we were also caught off guard about its looks. But, that is a compliment, especially when having in mind that this vehicle won the Best Automobile award at the 2012 Yokohama Hot Rod Custom Show. According to Isamu, he was happy with just participating in the show. He never imagined that this risen-from- the –dead car will be awarded. 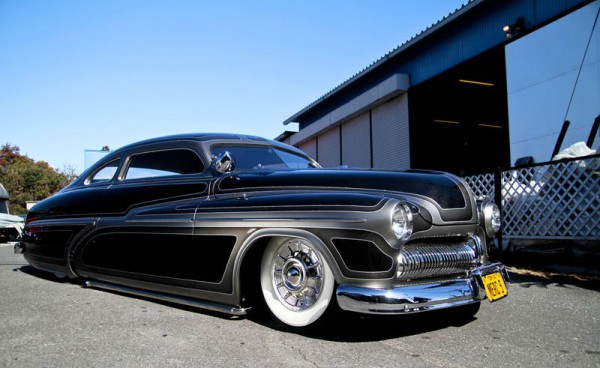 In the rest of the text we are going to give you several reasons why this vehicle actually won the award. Let`s start with the paint. Honestly, it is almost impossible to describe the external appearance of the car without someone having the possibility to personally see it, but what is important is that the black and silver are dominant colors of the vehicle. The most interesting thing is the abundance of details included in the car such as the plates that are made in the Californian style of the 50s and 40s.

When you see this vehicle you will find it to be extremely traditional from the outside, but the internal parts are completely different story. The Merc 9 engine for example is originally a Chevy one. The interior is not exaggerated, but it is made for the passengers to enjoy a cozy drive. The interior includes old-school air conditioning system, power windows and power seats. Additionally, digital gauges are something you will find in abundance. Since this vehicle is not made to be stared at, but to be driven to the maximum, Kendo says that having it for some time made him able to drive it everywhere.

When people see this car, they may not know the style or do not recognize the model, but nevertheless, they all know that it is a great car. Surprisingly, Kondo has not yet visited the U.S. to see some American hot rods unlike a lot of other Japanese fans. However, the internet, different magazines and films are sources of his inspiration.

That’s not all, follow this link to check out this magnificent 1951 Mercury! 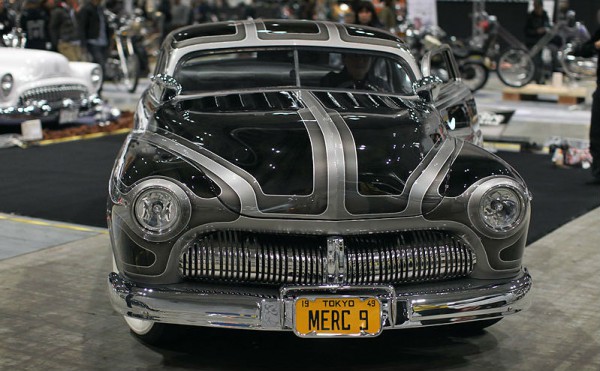