People always like to come up with new ideas and inventions, inventions that can amaze all the other hence it will be something that the world has not seen so far. Even though most of us are already grown-ups, we also love to play around with toys, but not just any ones, we are talking about the real deal, powerful toys that are actually real and can be in use and function. Even though we have previously encountered many such mini bikes and cars, in this video we take a look at yet 10 another powerful toys that are actually capable of doing something. 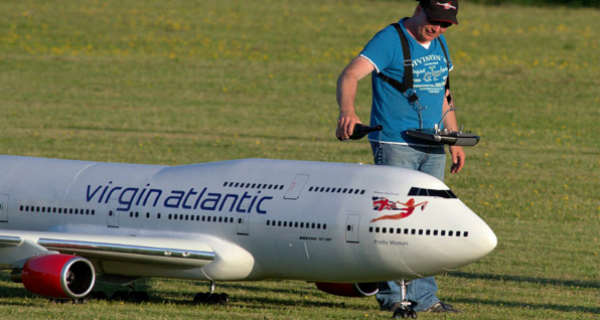 Hereby, first of all we take a look at the T-Rex 600. This mini monster is actually a RC helicopter that is capable of pulling a small boat in the water! The list is then followed by nothing more or less than a fully functional mini locomotive. It is called the Canadian National 6060 4-8-2. It took whooping 7 years for the creator to finish this absolute beauty, and we all have to give him credits for what he achieved.

It is almost fully constructed out of stainless steel and it is 1/8 scale of a real locomotive. It is so powerful that dozens and dozens of people with absolute ease and it seems that nothing can stand on its way. The Canadian National is surely one of the most powerful toys that we have ever seen.

Check out the video for more amazing real toys!