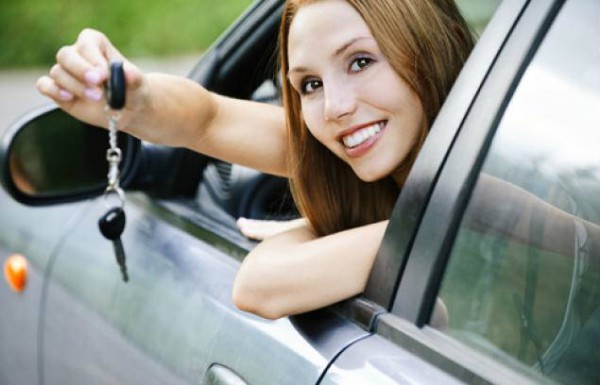 The Pros and Cons of Car Sharing!

If someone unknown asks you if he or she could borrow your car on monthly basis you would probably say “No”! But, if he or she you a monthly compensation of about 300 dollars, you may have change of heart for a second. However, when the car sharing question was raised on Facebook, most of the answers were: “No way” – It is understandable, since it is not only the car itself in question, but its insurance and the passengers` safety.

Anyways, there are different companies that provide car-sharing services, such as Wheelz, RelayRides and Getaround. People who have used these services, or have put their cars on rent without the help any mediating company say that they have done this in order to earn money. However, there are people who have rented their cares for various different reasons.

How the Car Sharing Started!

Mr. Jeremy Bartoin, who goes to work by bike, owns a Subaru Impreza Outback Sport. He understood that he does not use his car very often and decided to rent it. Up to now, he has rent it 61 times via RelayRuders. RelayRiders was actually established as a result of car owners having cars that stay parked and do nothing. RelayRides is supported by Google and General Motors. Zipcar is the third rent-a-car provider owning about 9 300 cars ready to be rent.

Great Success and Very Beneficial for the Renter and Owner!

Renting cars from other people alleviates the whole renting process since these services have more locations than a typical rent-a-car agency. People who do not have cars find these services very beneficial. A user of the RelayRiders services says that he has used this company for four or five times per month and finds it very beneficial, particularly when hw should perform activities that include furniture transportation. As far as cost is concerned, it is definitely cheaper than owning a car or renting a car from a typical rent a car agency. Renting a car via peer-to-peer sharing costs between 6 and 12 dollars per hour and from 40 to 80 dollars per day. It is also cheaper than Zipcar because it does not include contracts, membership fees, rental amounts etc.

Today, these kind of peer-to-peer renting servicers are at the beginning of their careers. RelayRides, for example is present in San Francisco, Massachusetts and Cambridge offering choice of about 40 cars which renters could drive within a radius of 2 miles. It is also present in Washington D.C., but there are only 8 cars available.

If these services see further development in future, that will be a great success and very beneficial, particularly for those who rent. However, one must think about the owners of these cars, too. Owners should really think about this way of sharing their cars. It certainly brings income; there are people who have earned 300 dollars per week, or even 650 dollars per month. It is also very good idea for those who do not use their cars very often. However, they must think of the possible risks and make a good calculation, because sometimes the disadvantages may exceed the benefits.

What about the Insurance?

Since insurance is very important part in this whole story RelayRides has thought about it too. RelayRides and Wheelz have a 1 million dollars insurance provided for the owner of the car if something happens to the car. But if something else happens, as for example a car accident, the owner of the car is obliged to pay, but RelayRides and Wheelz, say that they are certain discounts for them. However, not everything goes smoothly. The thing is that insurance companies shall not cover cars that have been used as a way for the owner to earn money and this peer-to-peer renting sure is a way to earn buck or even more. Still, the things could become more complicated. There was a case when a guy rented his car and the one who rented it to, died in a car accident. Now the insurance issue remains unsolved and the court proceedings are still in process.

Background Check of and Mechanically Unlocking the Reserved Car!

Another problem that may emerge is the possibility for the car to be stolen by the one who had rented it. Additionally, the renter may have given a false identity. Therefore the agencies that provide this type of “car sharing” services have thought about several perspective measures. Having a Facebook account for example because the renter and the one who rents may learn about each other`s intentions of going somewhere or the place where they are at the moment. Furthermore, they include preventive systems in the car that make the car usable only for those who have previously made a reservation. Agencies that work in California have a rule, users to have mails that end in “edu.” Some prefer face-to-face key swaps, but that may be inappropriate and awkward. Therefore, there are systems for mechanically unlocking the car if you have previously reserved it.

People who have rented a car may leave their comments on the vehicle. On the other hand, those who rent the car have full knowledge of the renters. However, sharing a car has good and bad sides. A man has experienced an unconscious renter saying that he returned the car smelly and dirty. Other renter has not report an accident, even though it was a minor one in which the car was only scratched. But, there are good renters, too. People say that some renters return the vehicles completely tidied up. There are some who would even leave presents as a sign of gratitude.

Is the Car Sharing for You?

Car sharing, as everything else in the world has advantages and disadvantages. If you want to earn some money, or even meet some new people then peer-to-peer car sharing may be a good adventure to embark on. But if you cannot stand seeing your car driven by somebody else than stay out of it!