If you are already considering that new car purchase, then you better do it fast! Good deals are a precious commodity with price hikes on the horizon. Even annual maintenance to automobiles could get pricey given the individual cost of engine parts. The good news is that none of these changes have taken effect, yet. In order to find good deals in a rising economic tide, you`ll have to understand some of the factors. Below is a list of current trends that are threatening to put potholes on your road to a new ride. 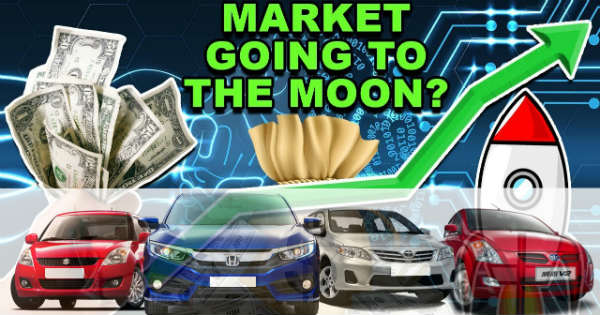 The first, and loudest, cause of rising car prices is President Trump`s proposed tariffs. Tariffs are only part of Trump`s plan to play chicken with foreign producers of steel and aluminum products. This is already rattling cages with auto manufacturers on both sides of the globe.

While some are hoping the tariffs on foreign brands will encourage more to buy American, even domestic plants will be affected. Your Ford Focus is American made, but the parts were manufactured in countries like China, Germany, and Mexico. As negotiations heat up, foreign countries are likely to impose retaliatory tariffs.

In 2016, the average loan amount for financing reached $30,621 for new vehicles and $19,329 for used. This raise is due in part to subprime borrowers being unable to meet their early loan pay-offs. In-house lenders associated with major auto companies have had to lower their standards to increase sales.

One theory concerning subprime loans has to do with the buyers` preferences. Most of the buyers are going for bigger vehicles and extra features that are out of their price range. Since they`re purchasing more car than their bank accounts can handle, their loans will have to take years to pay-off.

Zero percent interest rates were a common promise in car commercials, but that may soon change. The lowest interest rates being offered now can be anywhere from 0.9 to 1.9%. Those figures are still low, but take advantage of them while they last. This affect everything from houses for sale in El Paso and across the US to credit card repayments.

Financiers have considered employing safeguards to protect new car owners. A current strategy is to sell subprime borrowers bundled loans that can match the payment of the vehicle. However, as mentioned above, these bundles will become more expensive as subprime payments fall.

“Inflation” is a scary word for any business, especially the automotive industry. Gas stations are often the first to be hit by the price gouging wave. As of the writing, average fuel costs have already reached beyond $3.00 per gallon at some locations. This means a 21% increase on fuel spending.

Dramatic rises in fuel costs means a lot of second guessing for owners of large sized trucks and SUVs. Trucks were, and still are, a status symbol for those who could afford the hefty maintenance and fuel costs. Those who can`t are trading up for humble, mid-sized sedans. This rush for sales in fuel efficiency also contributes to rises on used cars.