Don`t let the look of the first generation  VW GOLF MK1 fool you! There is a MASSIVE MACHINE hiding underneath the hood! It “eats” everything in front of it! 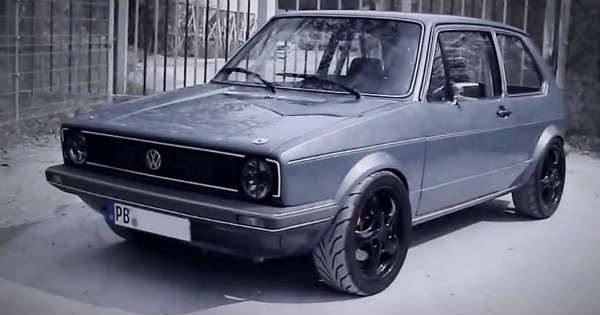 To name one car Vampire you should have clear compulsions and evidence that it has strength, power and capacity to destroy its enemies like the mythical character does. The last ability in this case can be best shown during a drag race.

After the thorough introduction it is time to go on the street! One more thing, pay attention to the GOLF`s acceleration!

However this video is little bit old and the guys from Boba Motoring have made this ride much more powerful. So, now this fast beast has 2.0 16V Turbocharged (GTX 4202R) engine that makes 1056 HP. Can you imagine that power in a car like this?