When you think about V8 Turbo, S14 you probably think that you have seen or heard all about it. But, have you? This is an old chassis completely renewed that we are talking about. And it is done in a pretty amazing way. 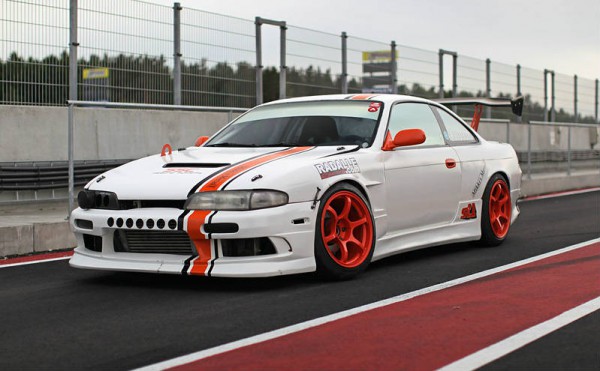 This time the constructors of this S14 are from Finland. As we have witnessed up to now Scandinavians tend to be pretty imaginative when talking about parts they include in their cars and to be honest, they have a good supply on the European market. This was not exception for this guy and his new mission called zenki V8 Turbo, S14. 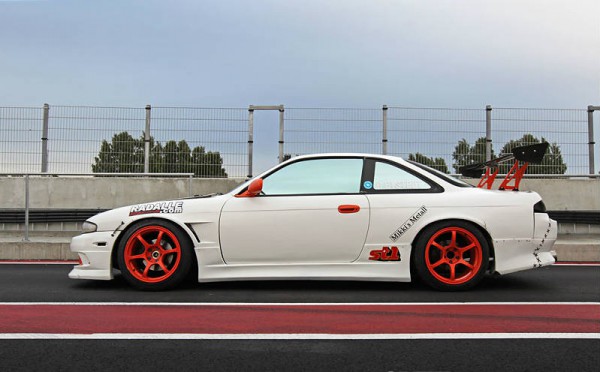 Ad for the engine, this guy, named Robin, wanted the engine to be powerful, but at the same time the torque to be brimming and adaptable regardless of the rpm. Therefore, Robin finally decided to opt for a BMW V8, i.e. the 4.4L M62B44 engine. The space under the hood was very suitable for the engine. However, Gatebil guys always think out of the box when talking about under the hood mechanism. The engine is paired with a Holset HX50 situated at the external gate, on the right of the engine bay. When planning on developing a high rpm then you have to take everything into consideration. Therefore, the copper ring has been added and placed between the blocks and the heads and kept tight by the ARP bolts. The engine is mated with BMW E39M5 transmission with 6 speeds and is positioned on a four hockey pucks. This car is Finnish in every possible way! With all these efforts and elements, Robin got what he wanted- an engine powerful enough to produce 601hp and an excellent torque of 686 lb-ft. 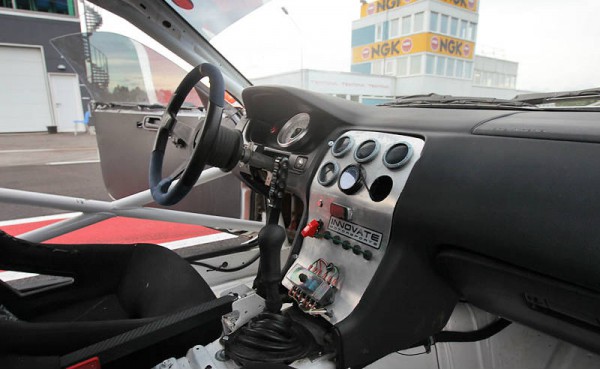 The responsibility for the engine to function properly is given to the MS3x ECU system in cooperation with the Gizzimo boost controller. Furthermore, this vehicle features a 875 cc/min injectors, a pair of Bosch 004and Walbro in-tank. We suppose that, as any other Gatebul project this was performed during the endless winter months in Finland.

The car has Advan RG-II wheels and beautiful and thoughtful first before the other external elements were added and elements, there is stock dash, KI Racing gauges and Innovative lambda sensor and that would be it. The fluorescent orange color adds more freshness to the vehicle. On the external side, there are a lot of details included.

However, not everything turned out as planned. After taking a drive with the car the boost controller broke, the BMW 4.4L V8 also faced problems and the compression ratio was 11:1. Robin then called some people and finally the BMW engine was replaced with a 4.0l version of the same V8 Turbo engine.

At last, check out some Twin Turbo V8 facts on this link!