Life often brings situations when you have to get your hands dirty in order to achieve something more. And when the outcome is available, the feeling of success grows even larger when you know that you have created something with your own hands. Take as an example the story of this man. He decided that he needs a homemade travel trailer and instead of buying one he rolled up his sleeves and built one from scratch. The trailer is big enough to fit two persons comfortably. This amateur constructor took his time – he needed 2 moths to finish his project. And when you see it, you can tell it was made by a professional! 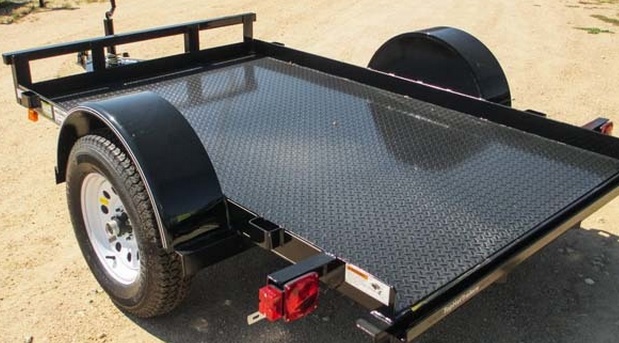 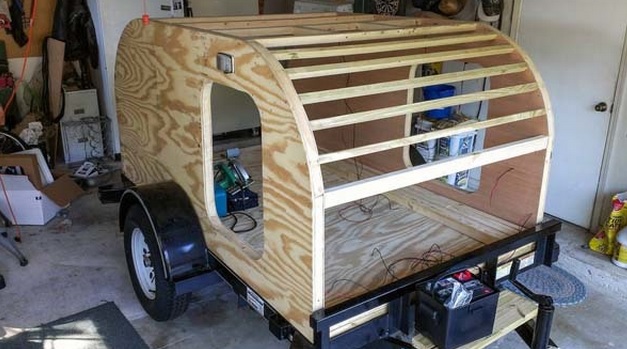 His first step was buying a small trailer and added a floor on the bed in order to install insulation. Next, the frame caused him some minor problems and decided to begin by placing wood around the walls. Curved pieces were added to the frame and built door frames. Next, he installed the electrical wiring, added another layer of insulation and made the roof on which he cut a hole that later will serve as a vent fan. The next step was more insulation and probably the most difficult task – adding the curved plywood. But this is not where he stopped.He then placed a bed inside the trailer and a kitchen in the back. Finally, an aluminium was added to the siding.

To read the full homemade travel story, follow this link! 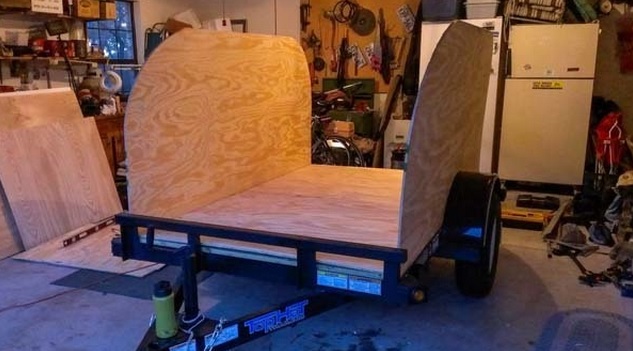 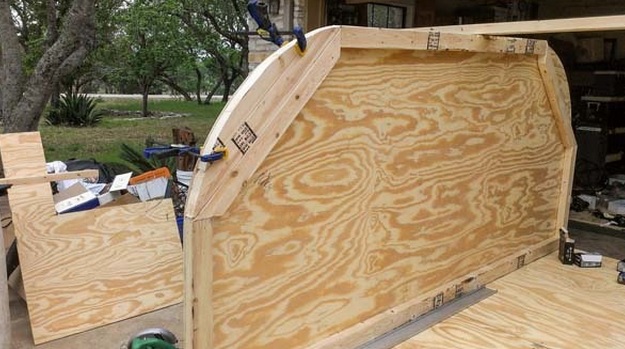 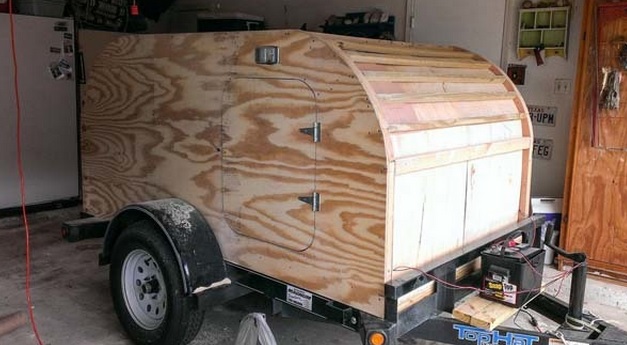 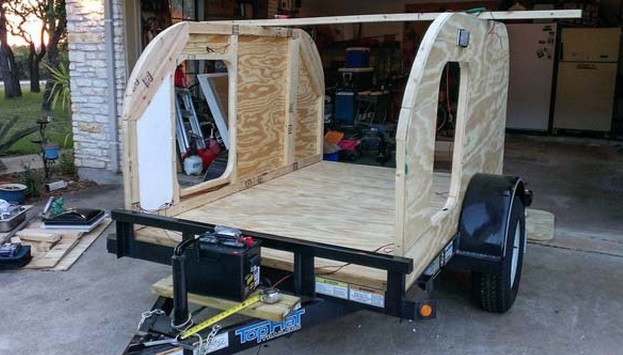 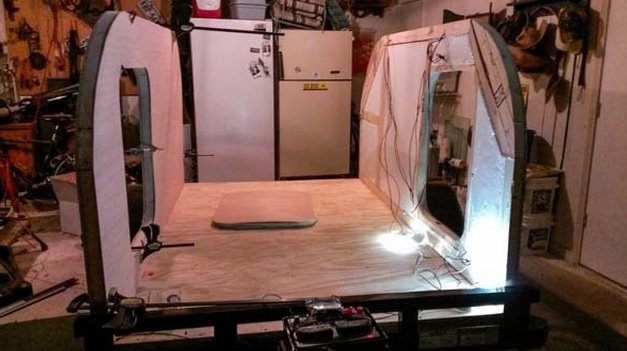 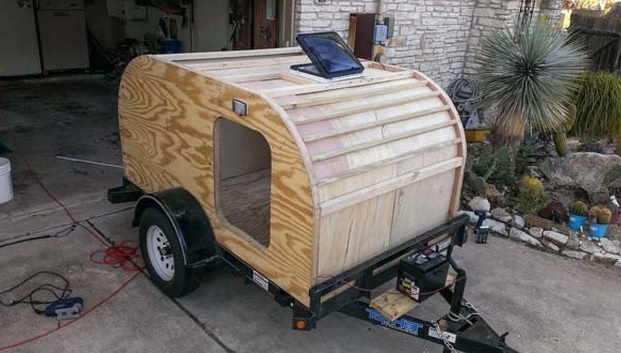 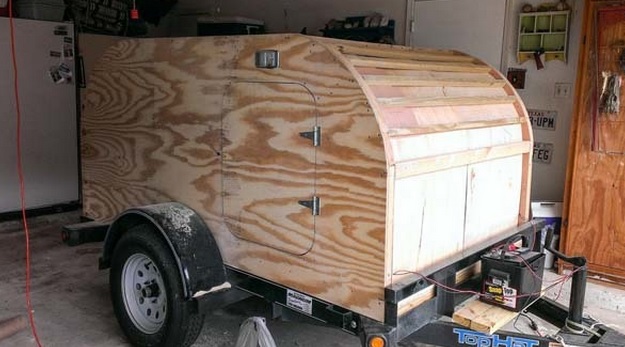 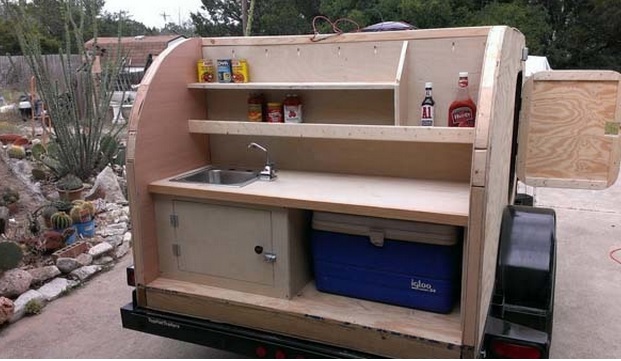 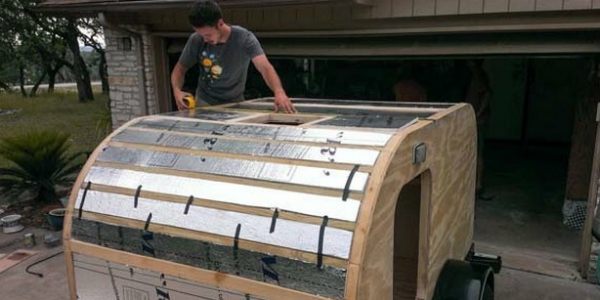 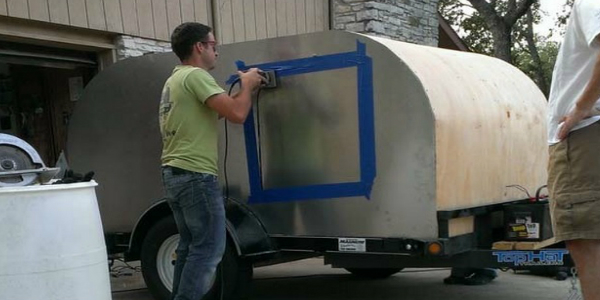 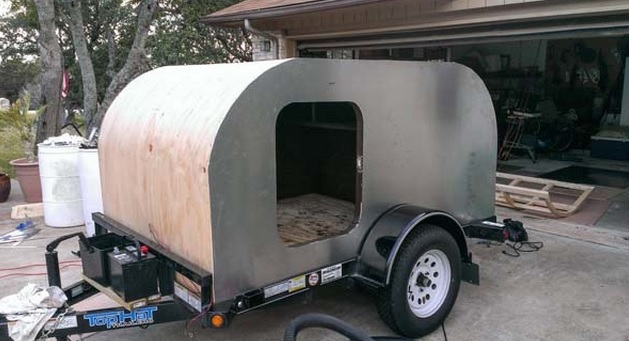 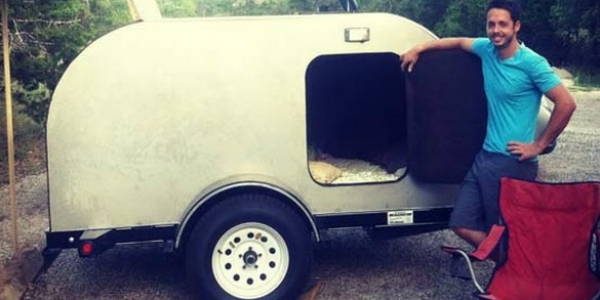 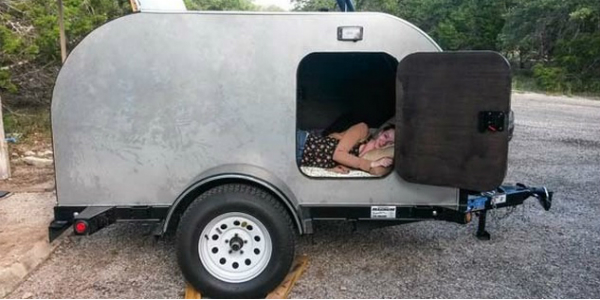