All cars are different. Some are more beautiful, some are less beautiful, some have excellent performances, and some don`t and so on. But, this Volvo Hermizon that I am going to talk about is “Oh-my-God!” It leaves you with your mouth open. And its Hemi engine! Impeccable!

The history of this care is like a fairytale. No! Actually is like the “Ugly Duckling” story. Why? Because when you see this car it is not a beauty you will remember forever, but hey, this car was actually found in the trash! It was without windows, without trunk, without fenders… It was just a pile of steel. So, this pile of steel was resurrected. If it had been a human being, it would have been a zombie. What a thriller!

When you see the Volvo from the outside you are blinded by the fluorescent green glass put on windows and other external holes. But, when you get inside, you feel like you are about to undergo an excessive radiation. Yeah, the green glass gives a bit peculiar dimension to the car`s external part, just as the engine gives odd dimension of the internal part of the car. We are talking about a 1954 331 cubic inch Chrysler V8 Hemi engine which, unbelievably, is considered to be small. Volvo`s owner bought this engine from a man who had it incorporated in a racing car. Initially, Volvo`s owner did not know where to put this engine, but he has finally found the right place for it that apparently makes the right noises. This is a very particular engine because in 1954 Chrysler stopped producing this type of engines that had n extended bell housing. The engine now is mated with Edelbrock 650 carburetors included in a GMC 6-71 blower and when completely ready, the engine is expected to produce 400-500 hp. However, the noise this engine makes is exhilarating. 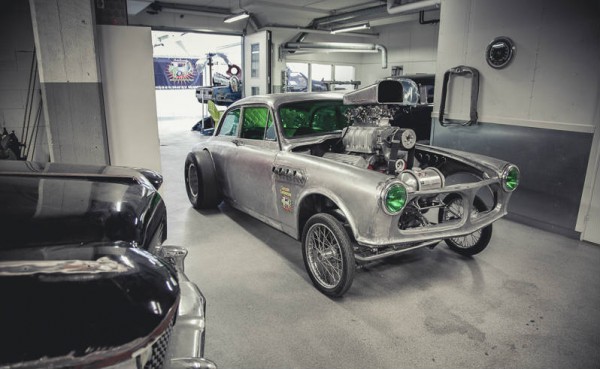 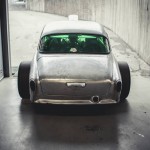 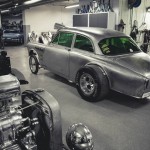 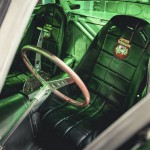 Volvo`s owner is really passionate about making parts of cars. He now tries to make the car as lighter as possible and is able to make any part of a car with only 4 tools. Isn`t that amazing? And, at the end, when you see this kind of honest and pure metalwork, you really start to amaze and appreciate it.

According to all rules, this Volvo Hermizon should not work. But, Volvo`s owner, and obviously, other Scandinavians tend to break or disrespect the rules. Therefore, this car is as functional as possible.