There are lots and lots of things that you can do make yourself feel comfortable and relaxed, and even though we have come across in many of those, the video you are about to see now is going to amaze you. Namely, the guy in this YouTube channel takes old Hot Wheels cars, restores them and gives the classic look that they once had. It takes just a little bit of effort to make something amazing, thus we take a look at this 1968 Hot Wheels Python that looks absolutely horrible at the start. 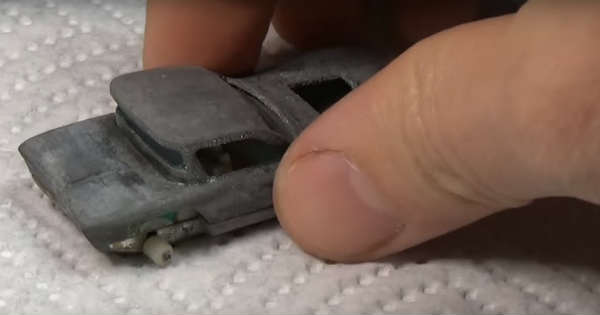 However, all of that was about to change and the car was going to get its original shine. There are couples of things that the man did. First he took the car apart and began the process of restoration by sanding down and polishing the body itself. It took some time, but it eventually turned out great. Then it was time to paint it so he used several coats of a spray paint color.

This process is probably the most difficult one hence you must be extremely careful and avoid any bubbles or marks. Even though the car was missing the wheels and the engine, he managed to found exact replicas and mounted it in place. Once the 1968 Hot Wheels Python was finished, it looked absolutely amazing and there was not a single flaw on it.

Keep in mind that he purchased it for just $1. What a cool overhaul!