Some people take the 1980s as the best time of rallying history. However, the Group B has contributed a lot to make this sport popular again. However, in the period from 1983 until 1986, the World Rally Championship was more important even than Formula 1. However, the negative side of rallying is the fact that the cars are too dangerous because they are too fast. Therefore, they have been told farewell very quickly. However, it is very nice and exciting to see one of those rally retro cars such for example the ex-Works `84 Mazda RX7 of Rhys Millen which is in great condition. 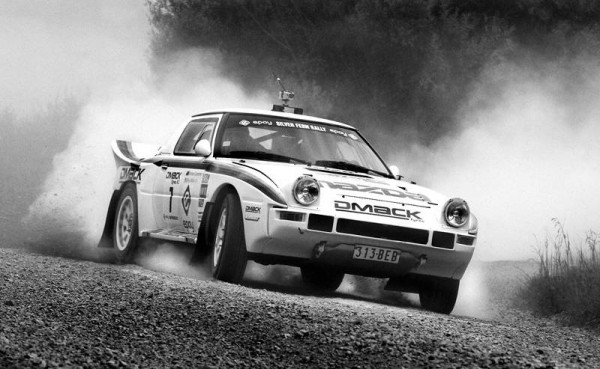 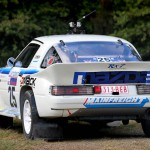 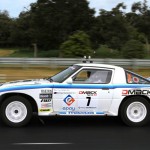 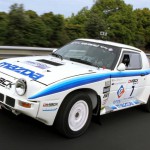 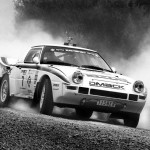 The initial idea of Rhys was to buy a copy of Mazda RX-3, to have it delivered to the U.S. and to prepare it for rally in his place in California. But, then, something unexpected happened. A Mazda RX-7 made in Belgium in 1983/84 by Mazda Rally Team Europe for Group B was put on sale. Understandably, Rhys could not resist this offer. This Mazda was driven by Rod himself at the British round that took place in 1985. Since it crashed, the car`s external part was renewed. Rhys added few more insignificant gadgets and that`s all. The car is a very good and preserved original. Mazda Rally Team has put a modified Weber 51 IDA carburetor. As for the engine, it is able to produce 300hp at 8500 rpm. The car delivers perfect sounds which you can check on YouTube.

As for the interior, it does not look as a rally cabin at all. The dashboard is overcrowded with commands and buttons that makes you feel like you are in a cabin of some aircraft and not in a car.

The car features a Sparco steering wheel and Pro 2000 seats that are new elements in the vehicle. The classical design is an additional detail that improves the overall impression you get from the car. Mazda always takes care of all pressure and temperature issues of the engine. The Historic Terratrip 2 from the 80s is back so that all the Rally Retro standards are met. The car features a MRT/PBS transmission with 5 speeds with the second and third gear being in the same line for quicker shifting. And the car can easily achieve its 12.000 rpm! The overall curb weight was at the time compared to the one of Peugeot 205 Turbo 16 because it is only 2120 pounds, i.e. 960 kg.

The car will remain in New Zealand until the 2013 Leadfoot Festival in March, so if you plan to go there, don`t miss the car! Having this 27 year old car and imagining what it experienced during its life, can`t help you thinking what would have come out of Mazda if the company continued to produce these Rally Retro cars.

Finally, you must see these amazing Rally Races on this link!