If you ever had the chance to peak at the downhill Powerhills, you may get the sense its just another funny event. John Halverson had the same feeling. So we went on and asked the racer, Jon Halverson, if this was one of these races where crazy people do stupid things which result in catastrophe. The answer was of course not. The whole event is much more.  It`s about inventive new technology and friendship. But crashing is inevitable. 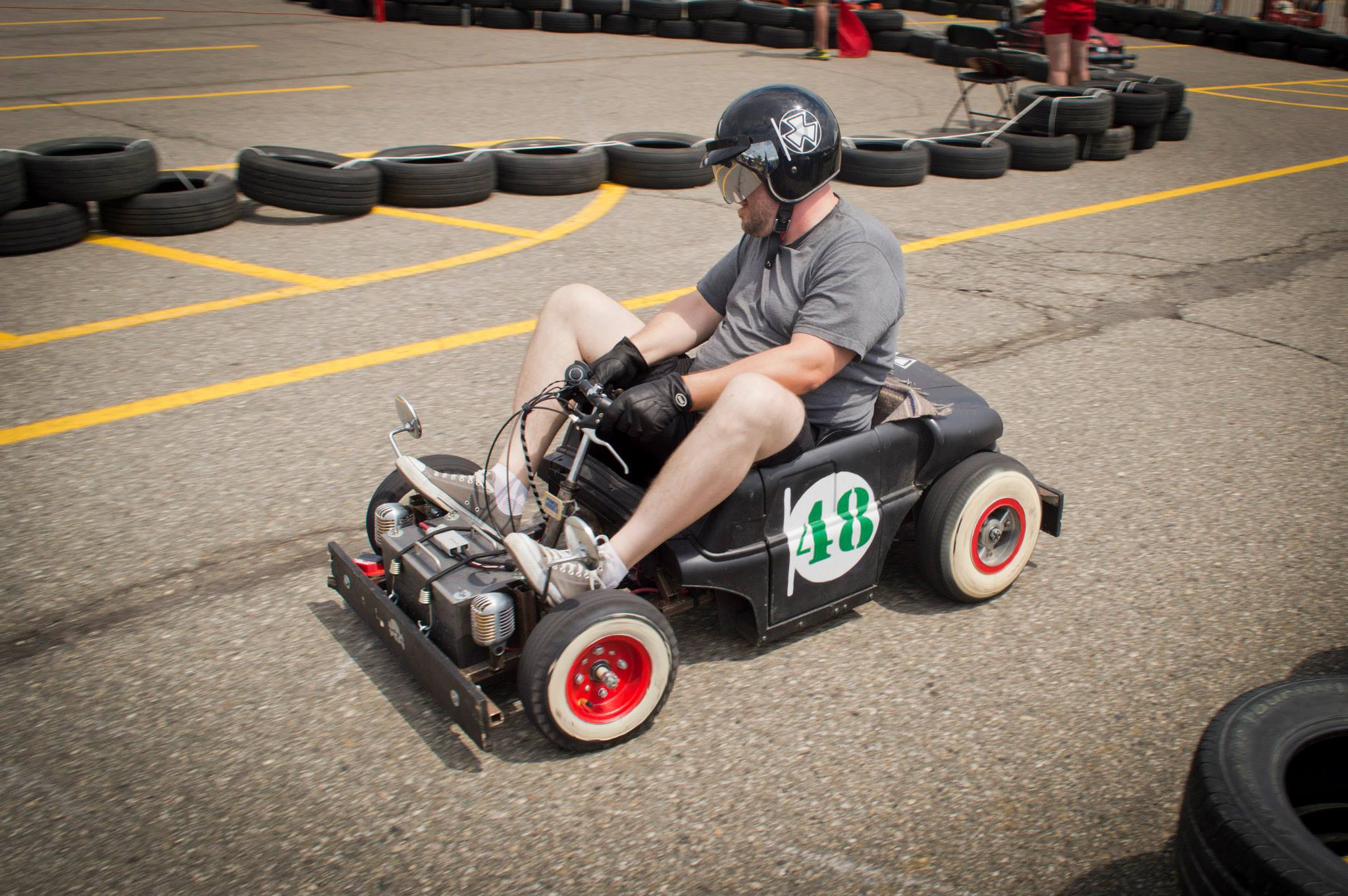 Power Racing are followers the ChumpCar or LeMons  philosophy of running a racing series with a low financial cap to make entry affordable and encourage clever engineering. In the Power Racing Series, instead of fullsize cars, the participants ride small autocross courses in modified electric “ride-on” toy cars. Powerplants and batteries differentiate from winch motors and lead-acid batteries to electric scooter parts and lithium cells. The courses are not very large so most racing is under 20 mph, but with tight turns and enthusiastic fender-to-fender action, there`s plenty of excitement on track. The audience likes bribe, so the teams are allowed to do so. If you are there you surely feel like you are on a carnival said John Halverson.

One of the best websites for design engineers who have become obsessed with this Power Racing on this link! 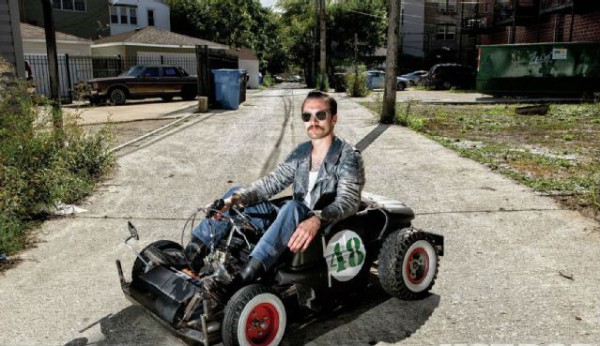 Jon Halverson is part of the Phantom Power team, founded by a group of electrical engineers and audio techs in the Chicago area. Their car, with  two awesome  GM alternators that boosts  a top speed of 15 mph, commenced as a Grave Digger model Power Wheels that Jon discovered on the street. Primer black paint, whitewall-painted tires on red steelies, and a sarape-covered seat give the truck a ratty hot rod vibe which may not make it faster — but it does make it look fast — and that`s good for style points. Jon`s words are that the team`s purpose is to push people to educate themselves as to make careers in engineering, and while they`re at it, if they can score some winnings too.  You can get more info on PowerRacingSeries.org.

Rumors say that the phantom`s car maximum speed is about 15 mph. As Jon says, it`s very unusual to see the mean speeds on such short tracks. However, they aren`t nowhere to be seen. The speeds vary from 2-30 mph. According to Jon the Phantom Power car is p;owered by two GM alternators without regulators, though the prevailing dynamics for the series is the electric motor from a Chinese scooter. So, in other words they end up as cheap three-phase motors.

The homemade battery pack, made of rechargeable lithium iron phosphate cells are tucked between the front wheels. As Jon says, they are not very expensive so racers can save some cash in order to upgrade their wheels and tires. It`s not uncommon for racers to lose their wheels on the track, cause they`ve spent all their money on motors and batteries.

When your car is made for driving you to work and your kids to school, riding no more than 5 mph its not an easy job preparing the same vehicle for racing. To keep stress off of the plastic body, Phantom created supports that keep the driver from pushing against the sides of the body while cornering. The driver sits on a steel seat below the plastic and there is a steel tube backrest. Jon says that they are not well protected from side impacts, although they have bumpers.

Rules dictate that the body stay mostly stock, while the frame may be customized, so the guys like John Halverson simply replaced the frame out of square tube and angle iron. The steering is a combination of off-the-shelf snowmobile, scooter parts, and bicycle.