Sometimes we tell you some wrapped up with cherry on top stories about cars that seem legit. But right now, the 1965 Mustang Fastback is the best on the market. Today we are about to tell you a true story for a 16 years old boy that got himself a very special gift for Christmas. An even more special Ford Mustang. The miracle (not on Elm Street) happened in 1964.

The 1965 Mustang had been on sale for almost eight months when it became as bright as a day that the Mustang is on its way to become a top scale product on automotive markets world-wide. People seemed to identify themselves with the many Mustang designs. Mustang had a lot to offer and it seemed that it could respond to every client`s wish. It came in 17 different colors and shades, three body styles and four engines. It seemed like it was shaped by people`s dreams.

There are all kinds of lists about the best and fastest supercars in the world. Click on this link for more! 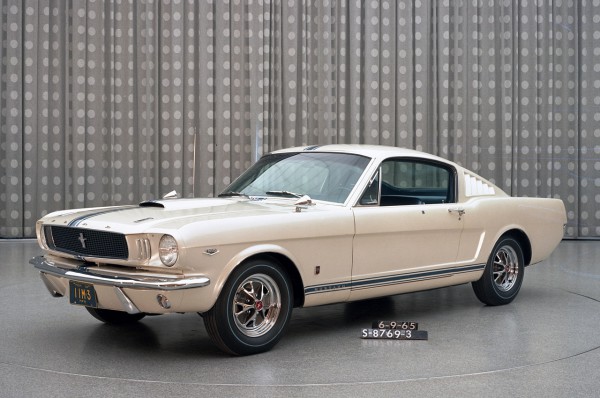 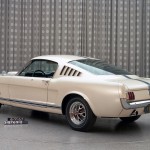 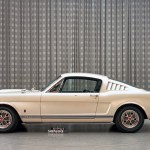 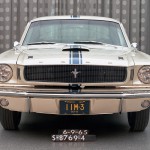 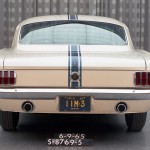 Through the years 1965 Mustang Fastback was available in some special edition colors such as Mystichrome in 2004 and Playboy Pink in 1968. The Mustang we started talking about, was painted in pearlscent white and some blue race stripes were added as the final touch. But the decor didn’t end up here. Fender-mounted rearview mirrors were also added as well as a functional hood scoop and chrome trim on the gills located in the headlamp buckets.

The miracle happened on December, 27th, 1964. The lucky boy who received this gift was the son of Henry Ford II, at the age of sixteen. According to Edsel Ford, that Christmas morning as he came downstairs with his sisters, his father had already parked the 1965 Mustang Fastback outside their house and awaited for his son to woke up and give him the amazing Christmas gift. Edsel was thrilled. He took his coat and went out to take a closer look at his baby.

Young Ford was immediately hooked on the sound of the 289-cubic-inch V8 engine. After that morning the Mustang became his daily companion. After he finished high school and took off to college, he drove it on a daily basis. Unfortunately, the car was smashed in a accident four yers after it was given to Edsel. A friend of his borrowed it and smash it. Luckily, no one was hurt.

Nevertheless, from that moment on, Edsel never had a car that wasn`t Ford. Shortly after his graduation he became part of Ford`s marketing department.

As he said, his first car, always had, and still has a special place in his heart.