Mazzi Dumato was a 23 year old man when he decided he wanted to make an incredible life change – he wanted to retire before his father and make enough money to sustain himself for the rest of his life in the meanwhile. 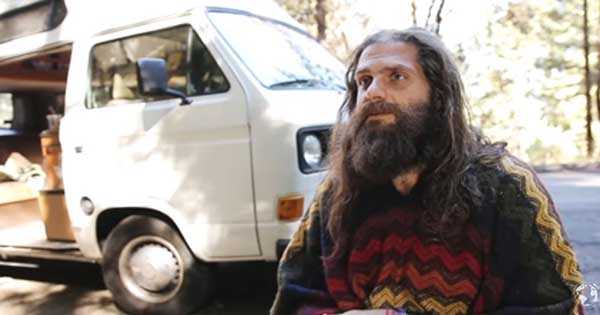 So, he started his first business at age 23. By age 30, he had a few million dollars in the bank and he bought himself a Ferrari to celebrate his birthday. However, the night of the celebration, he got into a huge drunk car accident with his new ride, ending up under the wheels of a pickup truck. After that, the Dubai police took him to prison where he spent the night, and the lucky Mr. Dumato says this changed his life for good.

So, he decided to make an incredible life change again – he had realized that his lifestyle wasn`t what he wanted and that he would rather travel the world. So, he gave away his businesses and packed up to travel. Right now he`s in Ecuador, in a village called Vilcabamba in the mountains. Nowadays, he lives in a Volkswagen Van and drives his entire life around with wondrous ease.

His 1985 Adventure Wagon is more than enough for the humbled millionaire because it`s decked out with everything that the guy needs – a kitchen, a bathroom, a bedroom and of course a drivers` seat. Each of these is part of a jigsaw puzzle that is the life of this reformed millionaire. Nowadays, he sells spices and mouth harps, which even if it doesn`t bring a lot of money, it will bring personal fulfillment.

Would you give away all this to follow your heart?