People always say that records are meant to be broken no matter how good or bad one might be. There is always something or someone that is going to try and be better. Hereby, we take a look at a very special F1 car, a car that we are all familiar with and it is 16 years old. You must be wondering what this 2001 Formula 1 car can do and which record it might break. Well, this 16 years car is actually the Ferrari F2001 that was driven so many times and that has won many races by none other than Michael Schumacher. 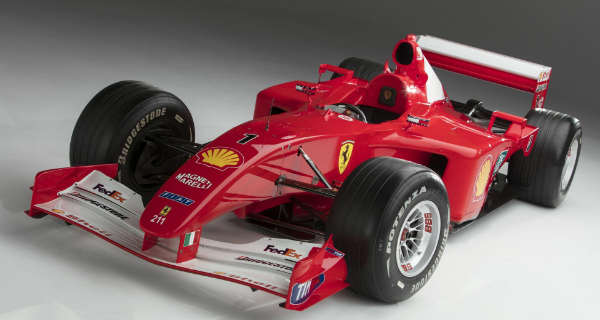 Each and every one of us can recognize its legendary look and remember that furious sound. This monster had a 3.0L Ferrari Tipo V10 engine that was able to produce somewhere between 800 and 900 HP. It was absolutely furious on and off the track. But what type of record did it actually broke?

Well, the car was sold at an auction at the Contemporary Art Evening that took place in New York for whooping over than $7.5 million, which is something way more than it was initially estimated, somewhere around $5 million. Even though we have come across many other more expensive cars than this, this is in fact the most expensive F1 car ever sold at an auction, and it is something that is well deserved.

What do you think about this 2001 Formula 1? Do you remember the days when Michael Schumacher was winning race after race?