The 700HP monster Chevy Camaro was initially meant to be a movie star. First, it was designed to feature in an animated movie and now DreamWorks is planning on making it one of the main gadgets in the new movie named “Turbo”. “Turbo” is a story about a snail that dreams of becoming a racing driver. Strange, isn`t it? The Camaro has a very generous mission to fulfill the dreams of the snail.

If you take a closer look of the car, you will notice the ZL1 badge that means that the engine of the Camaro is the same as that of a Chevrolet ZR1. Camaro`s features a 6.2 liter supercharged V8 engine. The engine has power to produce 580 bhp and a torque of 556 lb-ft. The Camaro can develop speed from zero to 60 mph in 3.9 seconds and a maximum speed of 184mph. The Monster Chevy Camaro is even more powerful. It has even more turbocharged engine for which we still don`t have any numerical data, but it can probably produce 700 bhp. 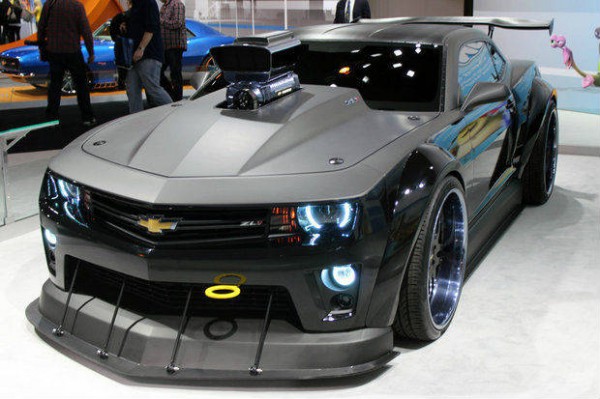 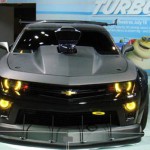 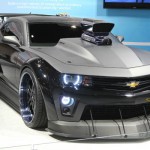 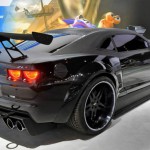 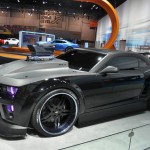 Furthermore, the Camaro is fully customized containing LED headlights, 24 inch alloy wheels, adjustable suspension, flared arches, rear diffuser, front splitter and low rockers. Yes, it is a true dream car, but for now, be aware that it is made for a children`s movie.