Police officer`s cars are meant and are built to be more powerful than the same models we use to drive for our daily use. This enables them to be involved in extremely fast car chases, chases against more powerful cars. Hereby, we take a look at something extremely awesome, a car chase between a police officer who drives his Chevy Impala  and is chasing the driver in the 2017 McLaren 720S. Yes, this actually happened on Sunday, and according to reports, the driver in the McLaren was going at whooping speed on 155mp/h on the public highway in Georgia. 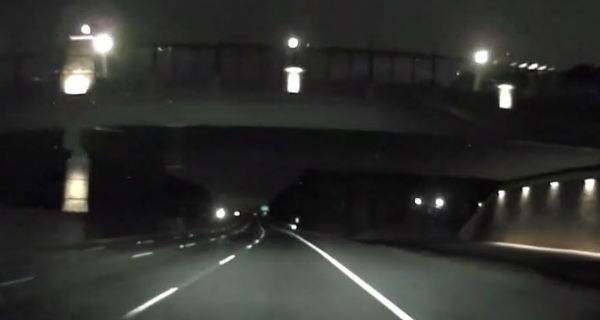 We take a look at the dash cam video from the police officer`s car. But how can such car keep up with the extremely powerful 2017 McLaren 720S? Well, let us take a look at the numbers. The Chevrolet Impala has a V6 engine that is able to create mighty 302 HP and go at top speed of 149mp/h. Once we compare this to the mighty McLaren, which has a 4.0L twin turbo V8 engine, we can say that the Chevy Impala still does not have enough power to keep up with it.

But, to everyone`s surprise and shock, this experienced cop and a very well driver, managed to catch the relentless driver in the McLaren, even though he was driving at speed of 155mp/h. We can all be happy that no one else got injured or was involved in an accident during this car chase.

What do you think about his Chevy Impala?

Man drives 155 mph in an exotic sports car and gets caught!

Man drives 155 mph in an exotic sports car and gets caught!While one of our officers was traveling on Ga. 400 early Sunday morning, she noticed a McLaren sports car fly past her. She clocked the vehicle which reached speeds as high as 155 mph. Our officer activated her emergency equipment and attempted to try to pull the vehicle over. After several miles of traveling at dangerous speeds our officers was about to cancel the traffic stop when suddenly the vehicle came to a very abrupt stop with heavy smoke coming from the vehicle’s brake pads. Our officer approached the vehicle and noticed the driver’s eyes appeared to be glassy. She also noticed a strong smell of an alcoholic beverage on his breath. After failing a field sobriety test, the driver was taken to jail for DUI, speeding, failing to maintain lane and driving with an expired tag.Thank goodness no one got hurt.Attached is the unedited dash-cam video.

Posted by Alpharetta Department of Public Safety on Tuesday, November 14, 2017