Speculations and rumors are something that many people feed on these days and they do not even pay attention to what they are saying. It came as a great shock to all of us when we heard some really terrible news, the one which said that the legendary Big Chief will be leaving Street Outlaws. This departure could possibly mean that the show will decrease in popularity since all of us enjoyed him and his unforgettable moments. Hereby, one man decided to put an end to these horrible news and make a video in which he will explain all of the peculiar details that we need to know about it. Namely, even though it has been confirmed that Big Chief will not take part in some episodes from the show, would this really mean that he will eventually completely depart it? 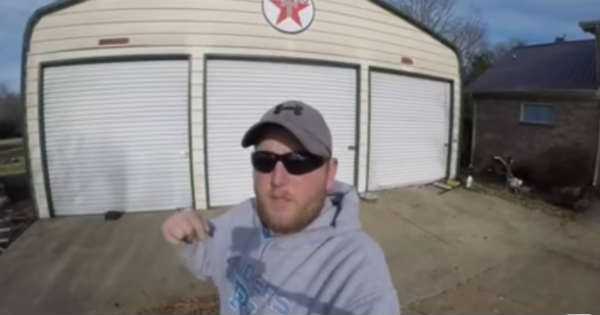 Well, fear no more and make sure that you are completely relaxed since the legendary Big Chief is going NOWHERE. In the future he will continue to be part of these awesome series and we will be able to see him in action on the track during the shooting of Street Outlaws. Even though we might miss him for couple of episodes, he will still play a massive role in these series. It was exactly due to these confirmed news that many people began their terrifying speculations that the one and only Big Chief will be forever gone from the show. However, this guy took his time and made a great effort to give us thorough explanation about what will happen in the future, and we are all glad to hear it. As a bonus in this video you can check out some awesome news about the twin turbo Elco!

Make sure to check out the awesome race between Street Outlaws and GSM!