Today we are going to take a look at the Killer Customs built 1966 Chevy Nova Pro Touring style. The thing about this vehicle, as well as most of the hot rods is to move like a racing car and to look like a street car. But, when the Pro Touring style appeared everything changed. Now, the owners wanted their cars even though old, to act and perform as well as the newest vehicles. 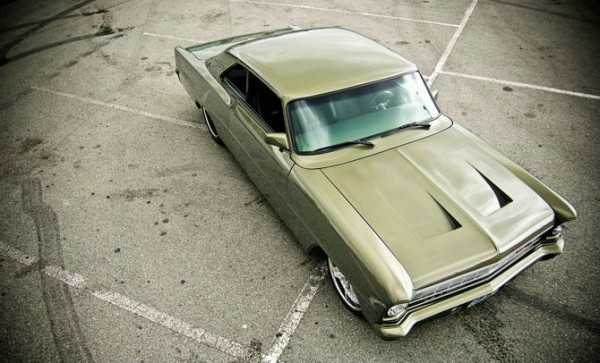 However, there are owners who exaggerate when customizing these cars, meaning that they make them very aggressive and violent, while there are others that make these cars calm and subtle. The 1966 Chevy Nova Pro Touring belongs to the latter type. When the car first came to the Killer Customs ship that was responsible for bringing back to life this car, it was stable and empty.  Only a safety cage lingered inside. The team from Killer Customs says that they started with the wheels and they accentuated that when building a car the most important thing for them is the attitude this car is going to have. Therefore, they pay attention to every detail of each element that is going to be incorporated in the vehicle. In order for this car to have the real Pro Touring attitude it had its chassis and wheels replaced. Furthermore, it features a LS2 engine able to produce 500 hp.

The thing that we liked very much is that this car was not kept hidden in the garage, but, instead, it was let out on the streets. And when you see this car on the streets, you realize that these guys do miracles!

However, check out this Chevy Nova Build, that was built in only 21 days! 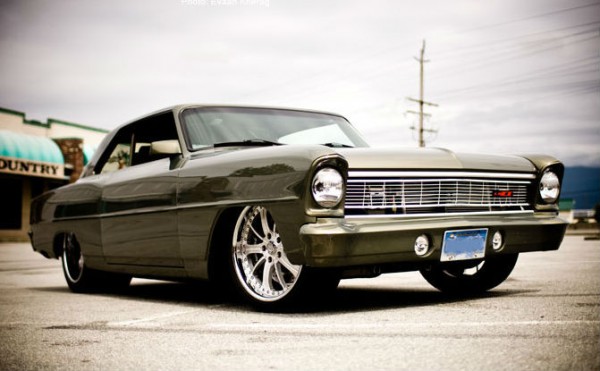 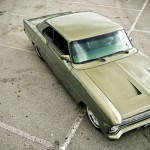 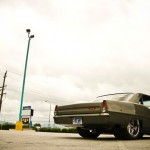 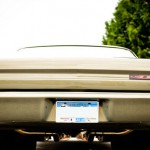 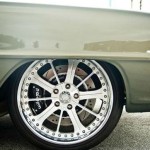