Today we`ll give you an inside look of the story of Kam Vaswani and his big love for his 2012 Honda Ruckus. It all started with his previous scooter, the 2009 Honda Ruckus which he had for some years, just enough so that he got completely hooked on it.But as the time went by (many things changed in his life), he felt that he needed something more than 49cc Ruckus, so he came up with the idea of a completely new build.

He called his friend Mr. Willy Wang who designed custom one-piece frame, on which they`ve added a welded one-piece front frame because they decided for a beefier the GY6 engine. This was followed by everything from a 30mm carb to a Hot Lap custom built exhaust, so that the new bike could kick a bit stronger. It resulted with a fantastic 170cc, transforming the little bike into a frightening monster. 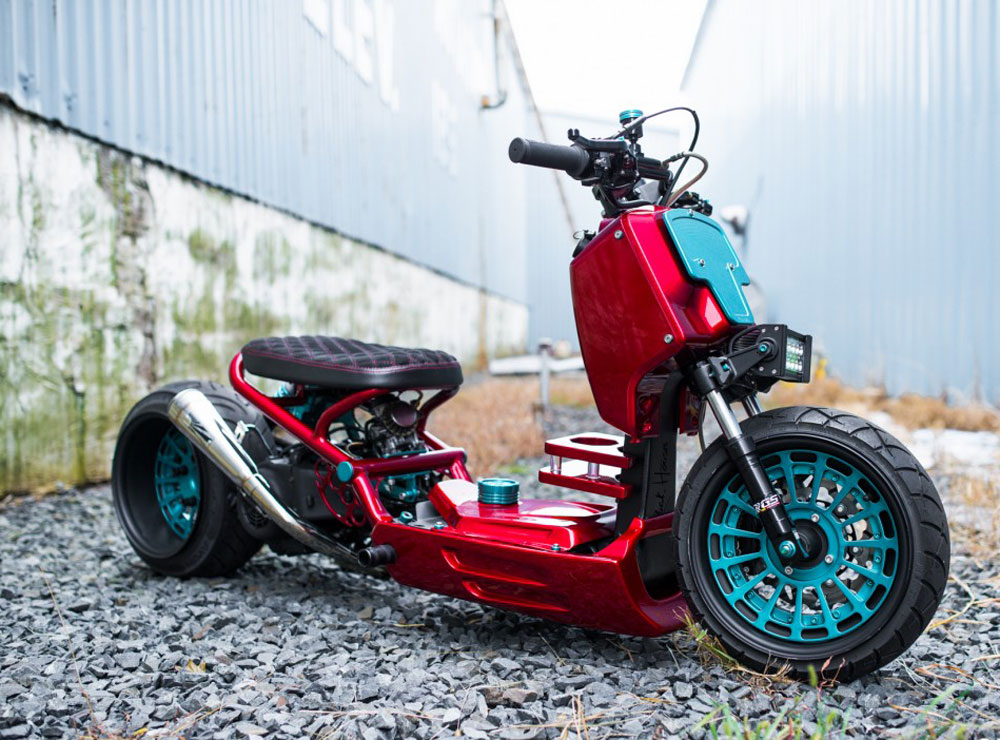 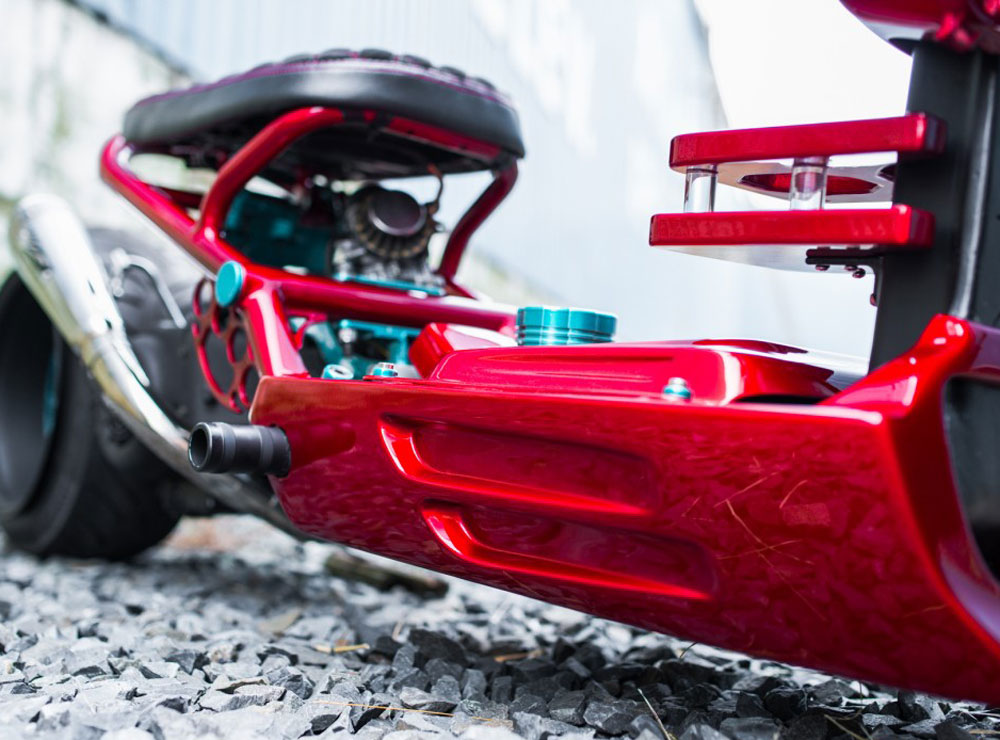 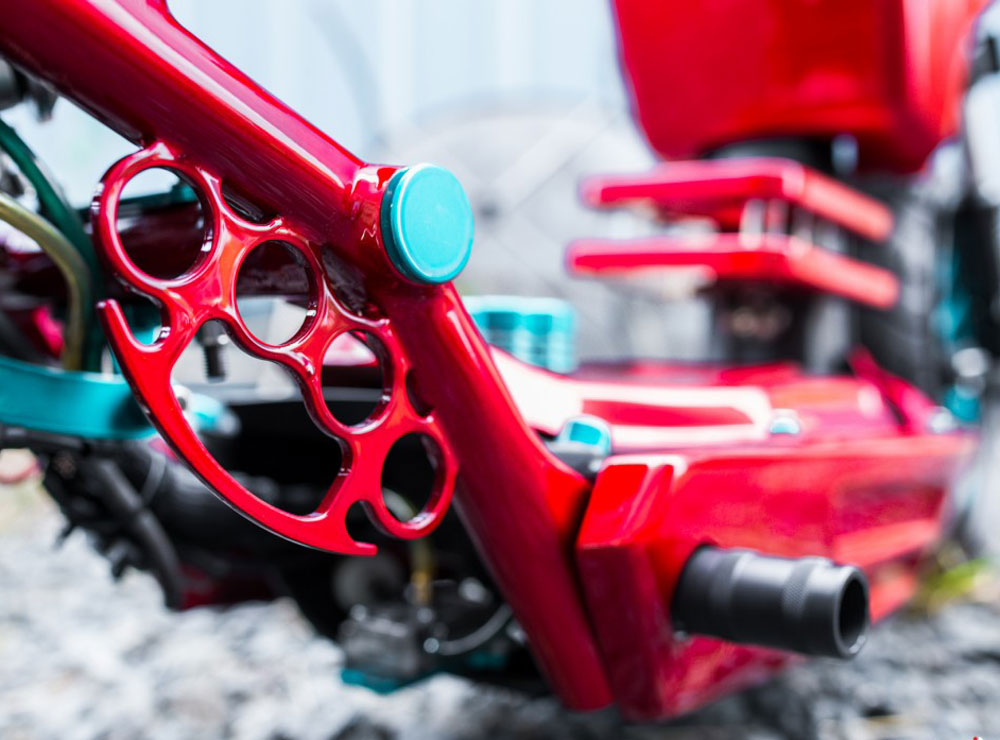 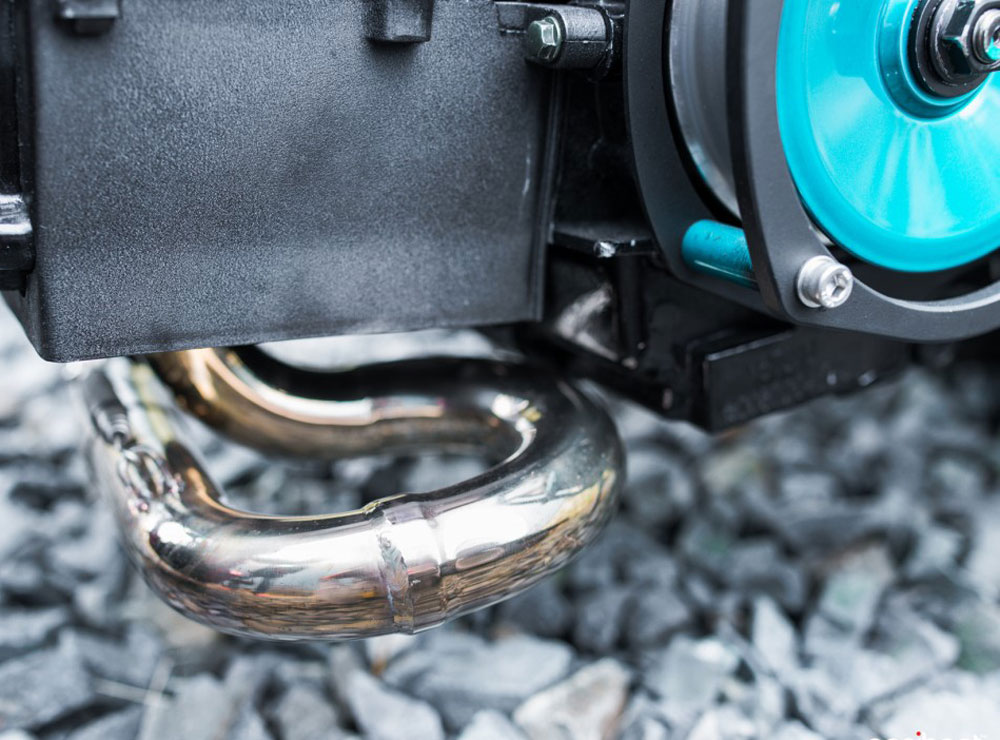 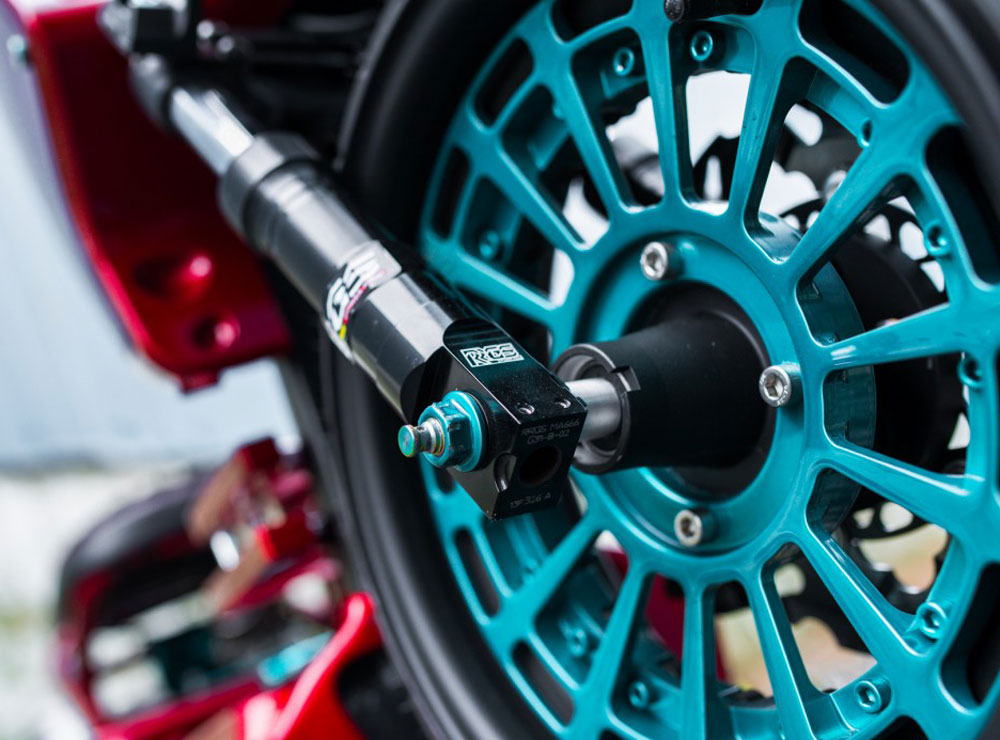 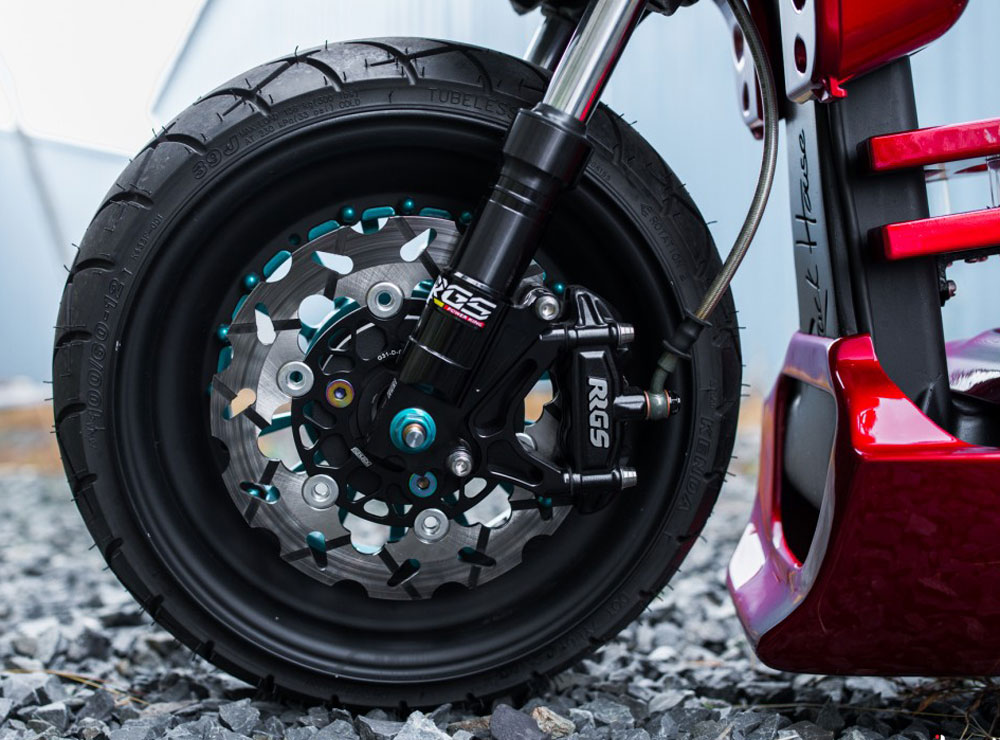 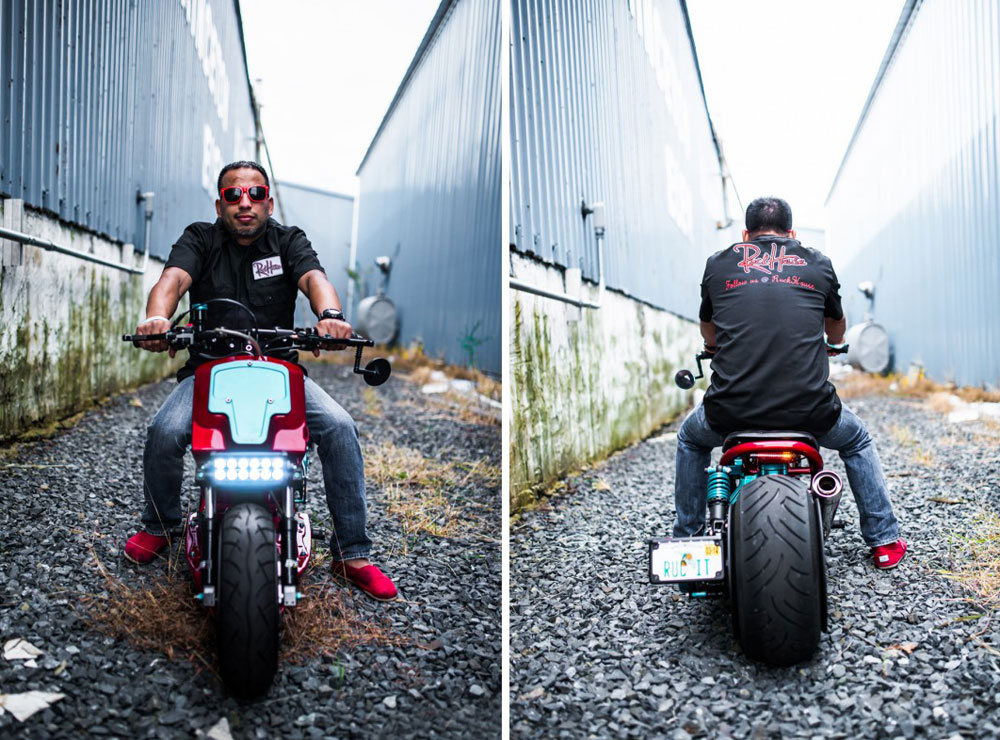 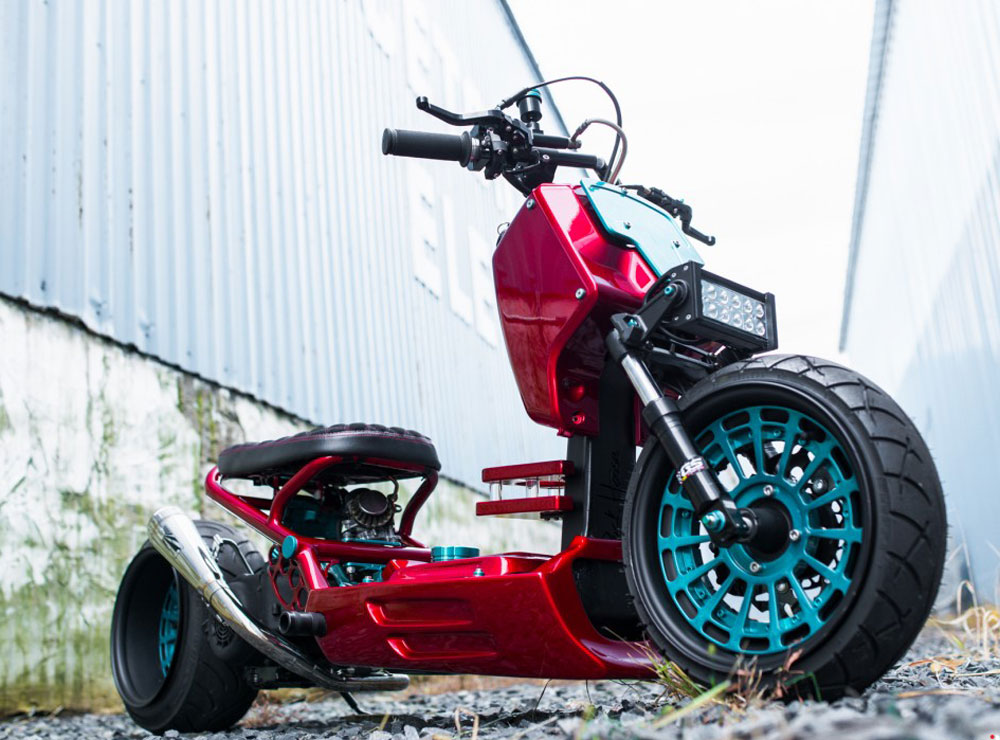 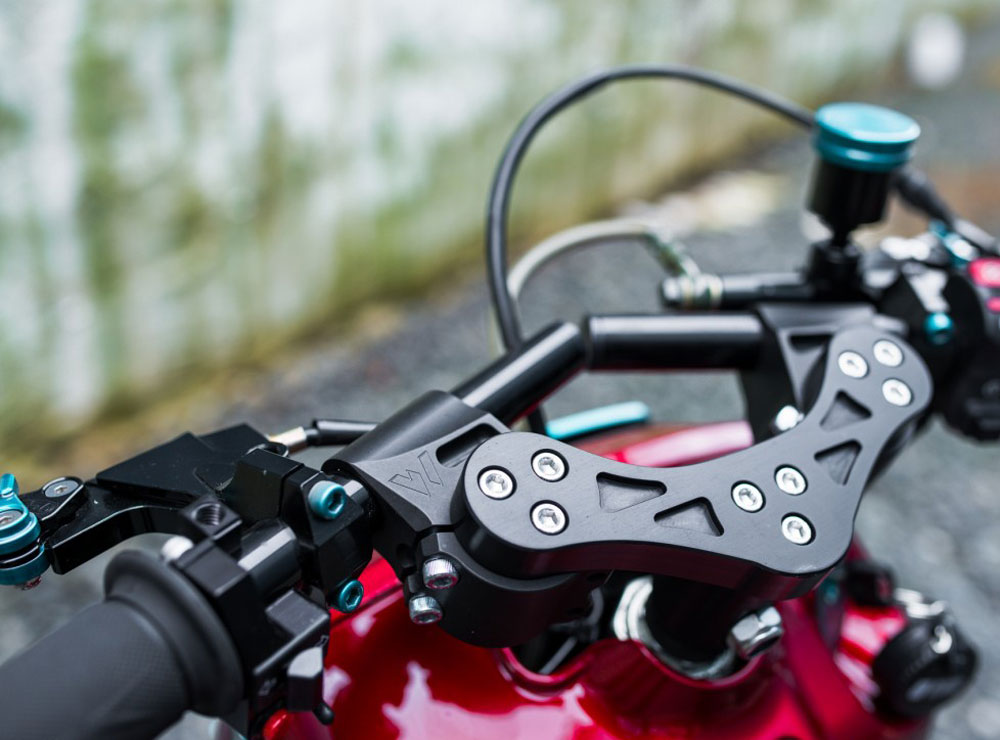 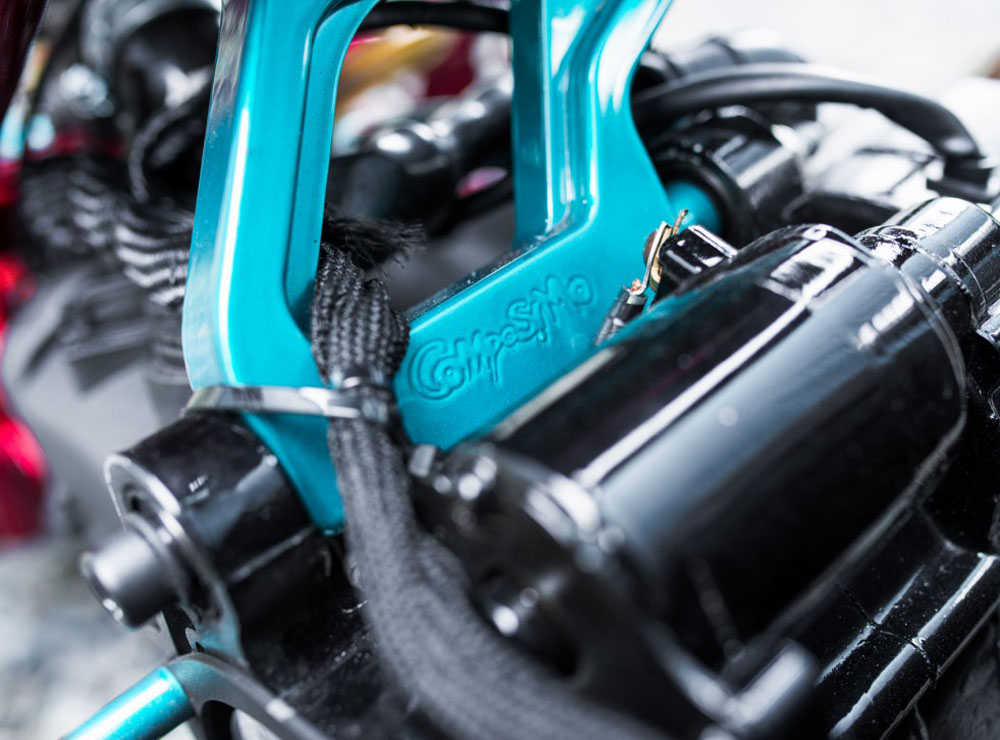 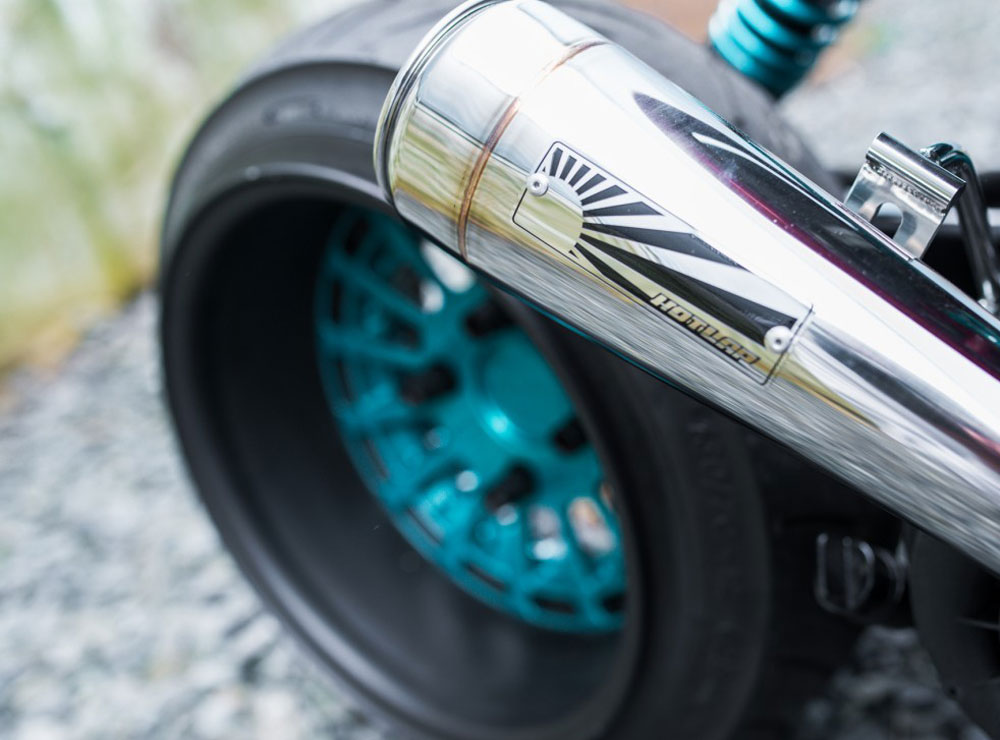 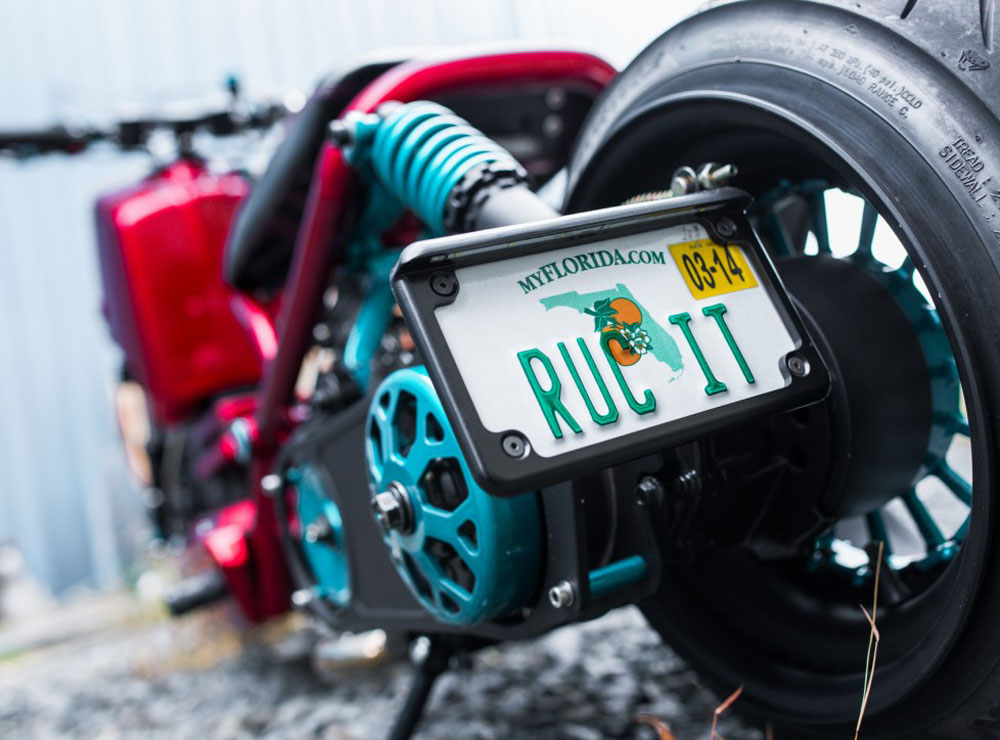 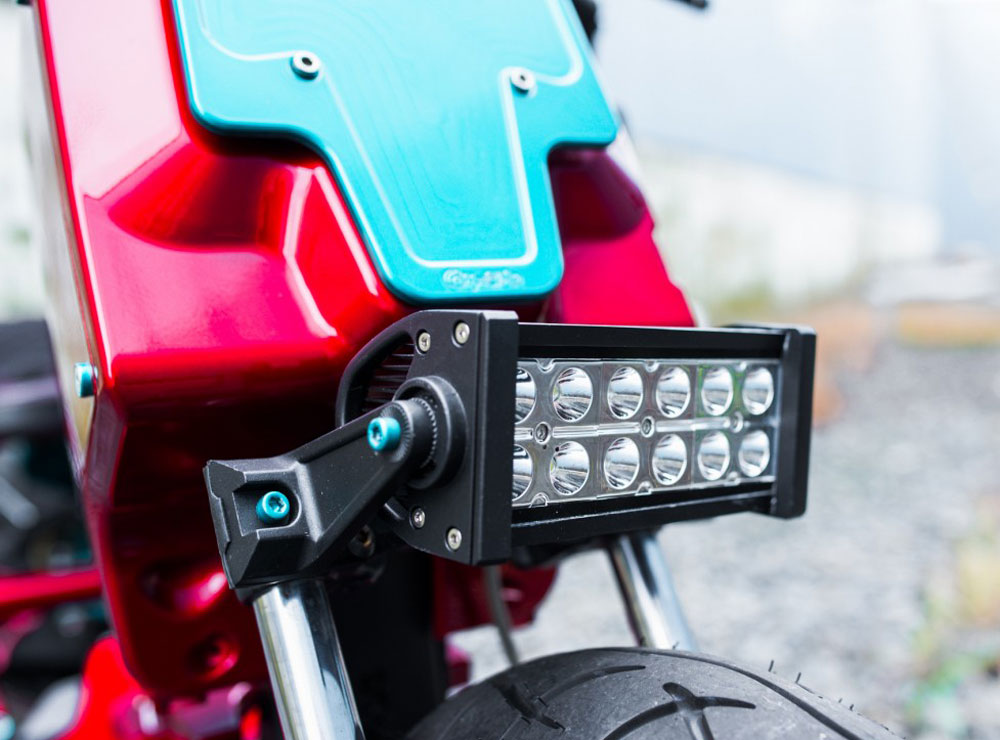 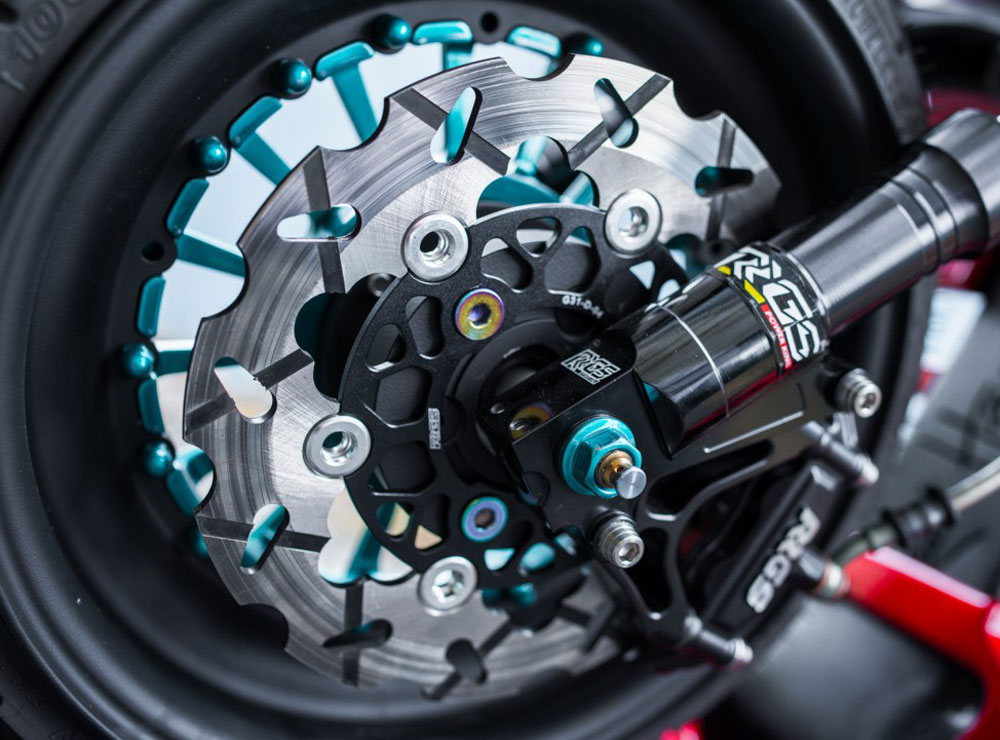 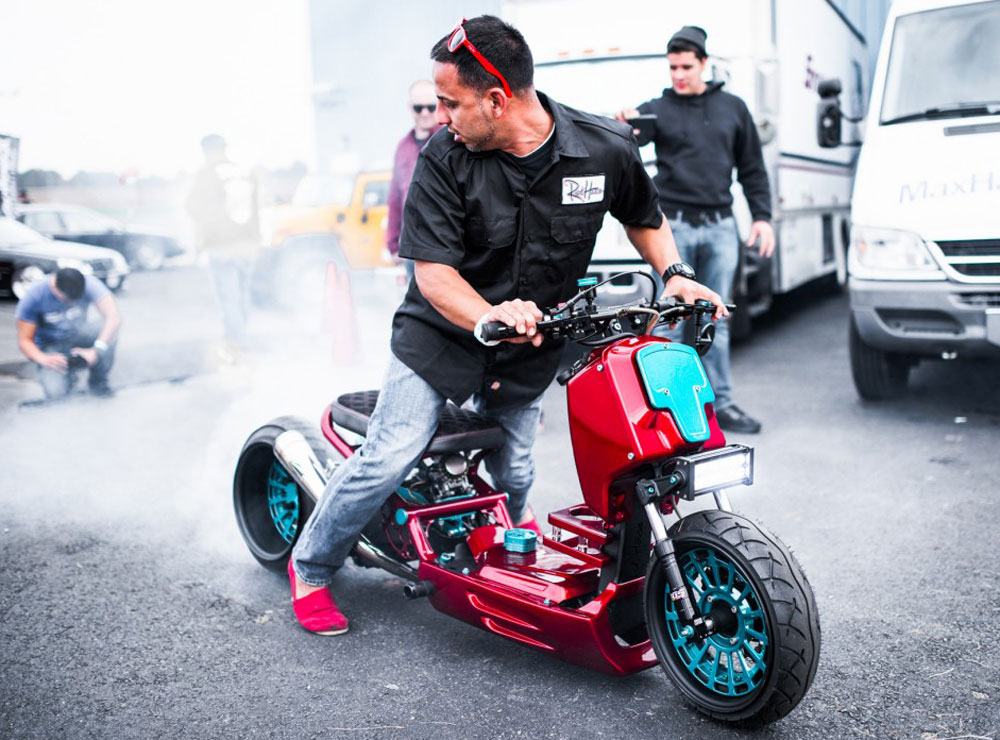 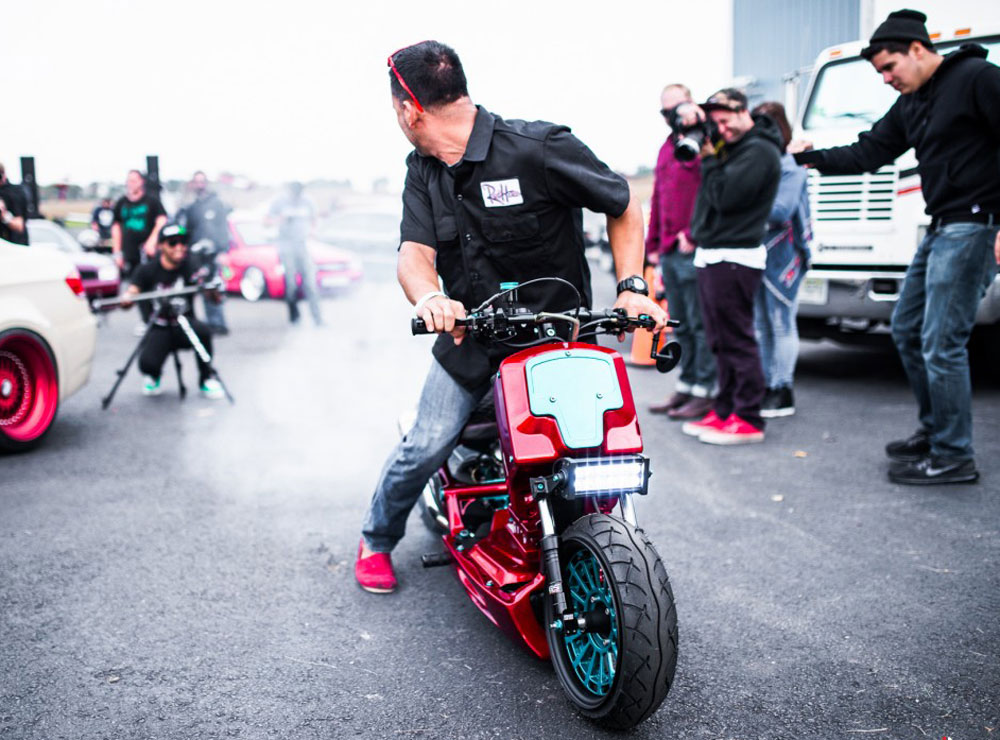