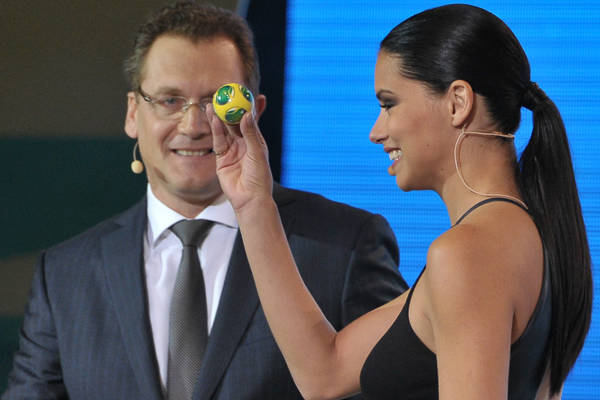 Hyundai Motor will be official partner of the FIFA Confederations Cup Brazil 2013. At a solemn event that took place in Estado National in Brasilia, Hyundai officially delivered the vehicles to FIFA`s officials. High representatives of Hyundai and of FIFA attended this ceremony.

The Confederations Cup is traditionally taking place one year before the World Cup. That is actually the main rehearsal event during which every detail is being checked and improved. Hyundai, logically, took part in this event offering 302 vehicles including the Brazilian HB20 models. This is a great opportunity for Hyundai to justify the award received for the HB20 models and to prove its high-quality brand.

According to the statements of Mr. Jey Neuhaus, head of FIFA Marketing Brazil, FIFA is very glad to have Hyundai as its partner because it offers high-quality, luxurious, cozy and safe vehicles.

Recive, Belo Horizonte, Rio de Janeiro, Brasilia, Fortaleza and Salvador are the six locations where the Confederations Cup will take place. The grand opening of the Cup is scheduled for the 15th of June. The previous winner in the World Cup, the six confederations winners and the host country are directly qualified for participating in the competition. This year those countries are: Nigeria, Tahiti, Japan, Uruguay, Italy, Mexico, Spain and Brazil

Mr. Wiliam Lee, president of Hyundai Motor Brazil, said that Hyundai`s sponsorship in football is one of the most crucial marketing strategies of the company. Hyundai Motor Brazil has put a lot of effort in contributing to the Brazilian automotive market and the HB20 models are huge proof of the company`s commitment to the market. In order for the World Cup and the Confederations Cup to be the best up to now with remarkable organization and transpiration, Hyundai has donated 302 vehicles including: 33 HB20, 19 H100, 10 Santa Fe, 5 Genesis, 25 Azera, 45 ix35, 100 Veloster and 65 H1. Furthermore, not only Hyundai will offer vehicles, but it will also launch several campaigns for these events. Together with FIFA Commercial Affiliate, Hyundai will organize a public viewing of the matches in Rio de Janeiro, Belo Horizonte and Sao Paulo, for those who did not get the chance to be in the stadium. Another campaign includes films that will be promoted online. Famous football players will be featuring these films. These films will also contain a short presentation of the places where matches will be played. And, last but not the least; Hyundai HB20 will also be featuring these films as the biggest automotive celebrity.

Hyundai will also organize tournaments for customers and they will have the possibility to win a lot of gifts and other presents. In 1999 Hyundai signed an official partnership with FIFA according to which Hyundai covered the World Cups in 1999, 2002, 2006, 2010 and the ones to come in 2014, 2018 and 2022, as well as many other championships organized by FIFA. Being FIFA`s official automotive sponsor gives a great prestige to Hyundai as a brand.