Hyundai is improving every part of the team for successful start on the forthcoming World Rally Championship in 2014. The race car Hyundai i20 WRC was upgraded rapidly in every sector after its debut in September at The Motor Show in Paris. 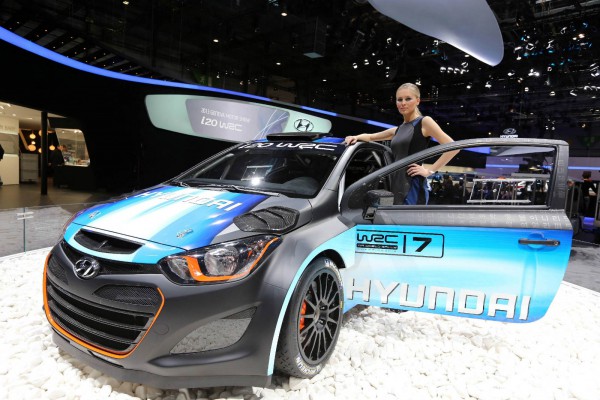 Hyundai has more than one year for development and private testing for its challenge in the next FIA World Rally Championship. They have started with the updates of the aerodynamics, suspension and chassis and vehicle`s system of cooling.  Actually, all this development is due to the initiative for collaboration between The Research and Development Center in Namyang, S. Korea and Hyundai Center in Alzenau in Germany by the Hyundai WRC Team Principal Mr. Michel Nandan. 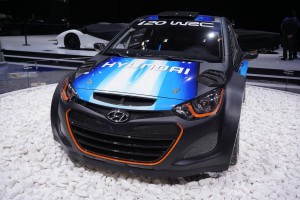 Redesigned eye-catching exterior of the vehicle with original Korean Script is explained as a combination of elements that connects the traditional Korean heritage with the Modern and Innovative Hyundai Brand.

The first man of Hyundai WRC Team Mr. Nandan for only two months established special technical logistic and motor sport specialist team at the facility of Hyundai in Alzenau, Germany. The team now is preparing for the forthcoming private testing programme for development of upgraded Hyundai i20 WRC. 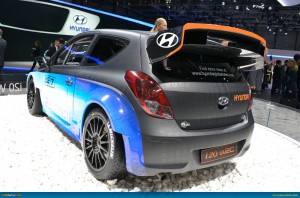 Mr.Nandan announced that all the members of team are exited for the New Hyundai WRC Project. They were working on aerodynamics (bodywork, new rear and front spoiler…), suspension kinematics,  chassis and especially on the cooling system of the vehicle. They are rapidly building the team with key people and they are creating the infrastructure, because they have hard work to do during the private testing of the car around Europe. He said, they are aware of strong competition during the next championship, but they are hoping for the successful victorious season.

Anyway, check out more information on this link!