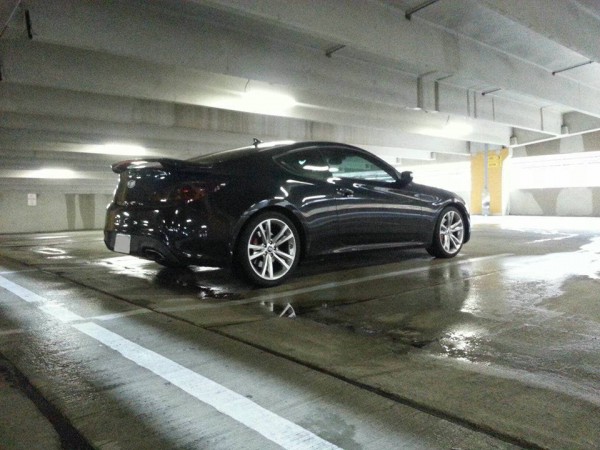 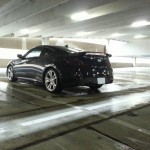 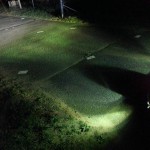 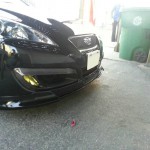 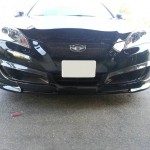 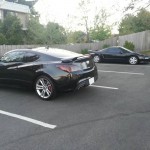 This is an interview with Ryan Thompson, the owner of one of the custom made Genesis Coupe! When he took the Geny for a test drive, there were multiple people stare at the car. That`s when he decided to purchase and start tuning it! That’s how the game begins!

1. Review Hyundai: What are the reasons why you decide for tuning of your Genesis Coupe?
Ryan Thompson: I chose the 2011 Genesis Coupe 3.8 Track to become my current project because of its scarcity and overall design. The flow of the body lines draws attention no matter where I am. I was originally in the market between a BMW 335i, an Infiniti G37 coupe, and the Genesis. While driving through Boston I realized BMW`s and Infiniti`s everywhere and while they`re still nice, you get used to seeing them. I took the Genesis out for a test drive and had multiple people stare. That`s when I decided to purchase and start tuning it.

2. Review Hyundai:How much does it cost the tuning so far?
Ryan Thompson: My first purchase for my car was an R2C short ram intake. I would recommend this time and time again. It gives the engine a much meaner tone, a very noticeable pick up off the line, and looks great under the hood. To step up the appearance after that I purchased yellow Lamin-x fog light tints, a full wing rebadge, blacked out my grill, M&S upper and lower eye lines, 3000k Slim Digital HID Fogs, Vis carbon fiber fog light bezels, 25% tint for all windows, medium dark tint for my taillights, and a Prodigy polyurethane lip. The Vis fog bezels work with the yellow HID fogs to send a mean looking light design on the ground. They also flow perfectly with the Prodigy lip. I was impressed by how well fitment on all of it was and to this day I haven`t seen anyone running the same setup. For the interior I picked up a Stage 2 LED Kit from Diode Dynamics. This replaces the map, vanity, trunk, and license plate lights with high output LED`s. Everything is much clearer and it looks much higher class now. After 2 months with the car I had already decided it was already time for a new exhaust and a drop. I don`t want to be “slammed” so I went with Eibach sportlines after a very good recommendation from a friend. The ride sits nice and the drop is noticeable. There was barely any difference in ride quality. For an exhaust kit I contacted ARK and purchased a full ARK GRiP 3.8 exhaust along with an H-pipe to remove my secondary cat. The sound it makes, in addition to the short ram intake, is music to my ears. In total I`ve spent around $3300 including paint and shipping. All labor was done by myself and a couple friends where needed.
In the future I plan on purchasing drilled and slotted rotors, Vossen dual concave CV-3`s, Vis pro series carbon fiber rear diffuser, upgrading my tires to Hankook ventus v12`s, custom headlights with angel eyes and blacked out bezels, and who knows what else I`ll decide on!

3. Review Hyundai:How are you satisfied from the work?
Ryan Thompson: A large majority of the work on the car was done by me. It`s a fairly easy car to work on. Overall build quality is good. There are a couple creaks that are common in other people`s cars but nothing concerning. After 25000 miles the only time I’ve had to bring my car to the dealer was for the complimentary oil change and so they could check my car out! I stop by occasionally so they can look around. Apparently they don`t get to see too many coupes get modified around here.

4. Review Hyundai:Do you still own a warranty for your car?
Ryan Thompson: I have the stock 10 year/100,000 mile warranty on a majority of the car. If any of my modifications directly cause a failure then I am responsible as expected.

5. Review Hyundai:What is your advice for the custom made cars owners?
Ryan Thompson: My advice for people who plan on customizing their cars is do your own thing. Don`t do something to your car because everyone else has it done. Get creative. That`s what will make your car stand out. I also recommend attempting the (basic) work yourself or at the very least asking if you can watch/help the professional. If you really want it to be your car, put your time into it.