It seems that it is a global trend and people do it all the time. Looking for and finding an absolutely rare and classic car somewhere in an abandoned barn is something that everyone is giving a shot nowadays. In reality, it is not as simple as it looks hence you might spend years and go through many barns in your country, yet not find anything at all. Luckily, this man was fortunate enough to hit upon this gorgeous American muscle car, the 1970 Chevelle LS6 SS454. The car is in good condition, keeping in mind that it has not been moved from the barn for well over 35 years. 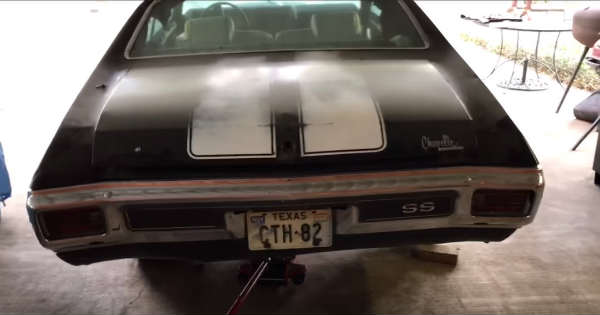 This 1970 Chevelle LS6 SS454 was found somewhere in Dallas, Texas. The man who found it is super excited and takes us through a review. This car was assembled in Arlington, Texas and remained in Texas throughout its entire life. That speaks for itself. Among every other such car, this in particular has remained in decent condition throughout all these years and has retained its originality.

It has the original paint on it and it is also one of the earliest 1970 Chevelle that has come out from the production line. We take a look under the hood as well. Even though the engine and transmission are not inside the car, they are actually there, at the barn. It has the single gas lock, which confirms that this car is one of the earliest ever made at Arlington.

What do you think, do they need to restore it?